Solidarity has boosted Chep UK pallet workers in Trafford, Greater Manchester, who are on all-out strike for higher pay.

The workers are demanding a 5 percent pay increase from bosses—who announced £150 million worth of profits during the pandemic.

One worker said, “We were told during the past year that we were on the front line of the pandemic. That the business would suffer if we didn’t go all out to ensure we supplied the equipment needed to clients.

“That we would be rewarded for our efforts. They then offer 2 percent at the same time as announcing £150 million profits.”

Another striker added, “All they do now is offer to negotiate—and then ask what we want when they know all too well what we want.

“That’s not negotiation, that’s stringing us along and taking the piss.”

The Chep UK strike shows how working class people can realise their power through taking collective action. “From my point of view this strike and the picket line has been an eye-opener,” said another picket.

“Before I used to go to work, come home, watch telly, have a kip, maybe have a beer, get to sleep and go to work.

“I didn’t really know anyone apart from the few I worked with. Now I’m mates with the workforce, got a wider view of things, meeting trade unionists from other areas, reading different newspapers. It’s a different world.”

Another picket agreed, saying, “Life used to be a bit of a treadmill. Work, sleep, even hiding behind others who used to stick up for us. It’s different for me now. I won’t hide behind anyone, when I speak at meetings I feel confident. I can’t believe the reception we get when talking to other trade unionists, when hundreds are clapping you.

“I know how important this picket is. We’re telling passers by if we can fight, so can you.

“They’ll go into their own workplaces and say, ‘Have you seen those Chep workers, why can’t we do that?”

Wigan TUC has invited strikers to their next meeting—and will then organise to get them into local union meetings.

As the cost of living crisis gets worse, Chep UK workers are saying, “Enough is enough.” Every trade unionist and campaigner should get behind the Chep UK fight, invite strikers to online and physical union meetings and raise money.

Unite union members at the Wincanton B&Q depot in Worksop are re-balloting so they can continue their all-out strike. Union reps are very confident that workers will support the vote to extend the strike.

The mood on the picket line turned to anger when the local “Red Wall” Tory MP Brendan Clarke‑Smith said strikers could save money by leaving the union. They have called a demonstration for 29th January from the depot to the MP’s office. 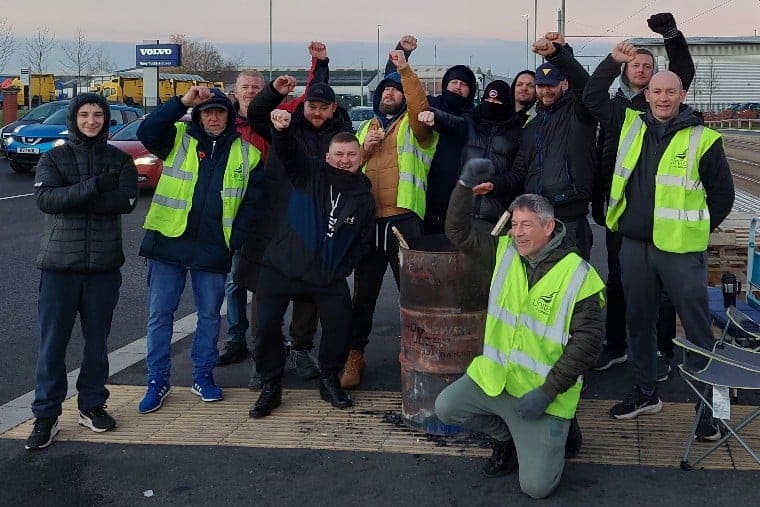