If you can do it here then you can anywhere

IMPERIAL COLLEGE is traditionally quite a right wing environment.

But the worst thing anyone can do is to have the attitude that “we can’t build a socialist presence in a place like Imperial”.

Last year we had no option but to be optimistic. We built the core of the Socialist Worker Student Society (SWSS) group out of the freshers’ fair, even though we were not allowed in, and had to set up stalls outside in the rain.

We had just under a month to build for the protests against George Bush’s visit.

We also had to hit the ground running as far as the argument about the need for a revolutionary party was concerned.

In the first couple of activists’ meetings there were debates about selling Socialist Worker and holding Marxist forums.

We didn’t fully win those arguments there and then.

By the time George Bush was on the plane back home though, the argument was won through the experiences of all the members of the SWSS group.

What we did around the Bush visit worked, culminating in a turnout of 300 people for the final demonstration, which was unprecedented for Imperial.

That’s because we came close to getting the balance right between building the movement and our party.

Throughout all the planning meetings and the protests themselves we were very open about who we were and what we were doing—putting placards into people’s hands, carrying the paper on demos and advertising our forums in other meetings were all important.

We also knew that we had to be the most organised and the most militant section of the whole process. On the days of the protests, and for a few days before we would meet up two or even three times a day to quickly organise activity.

That was in addition to the wider meetings of the anti-war group.

One particular instance when our organisation and planning really paid off, and the argument for the party was greatly strengthened, was the day before the national demonstration.

A group of 30 students from Imperial found ourselves “escorted” by 60 aggressive police officers as we headed to a protest against US Secretary of State Colin Powell.

Some members of our group were obviously feeling nervous and intimidated by this stage. But we were in contact with people from other SWSS groups so knew that the main, much larger demonstration was heading for Buckingham Palace.

It gave us the confidence to break through the police ranks at just the right time to join it.

The top-up fees issue was also important at Imperial, where our rector, former GlaxoSmithKline chair Richard Sykes, was at the forefront of pushing for them.

Dealing with the fees issue exposed the student union, which did not want to organise anything, not just to SWSS members but to wider layers of the student population.

The danger then was that we would act in a very sectarian way towards the union bureaucracy.

We made sure this didn’t happen, and stood a candidate for the sabbatical elections on the back of the anti-Bush and fees campaigns. We came second.

By the time of the 10 June elections the links we had built up through our year’s work meant that there were some successes with the Respect campaign on campus.

The academic year culminated with the Marxism 2004 event, which about 20 Imperial students attended. By the end of the event, all but one of them had joined the Socialist Workers Party (SWP).

Imperial SWSS continued to meet over the summer holiday, focusing our attention on building the local SWP branch.

This term again starts with anti-war activity, and we also have the European Social Forum.

Last year convinced us that being active in every aspect of the movement, and at the same time answering the questions it throws up through Socialist Worker and weekly political forums, will be central to further success. 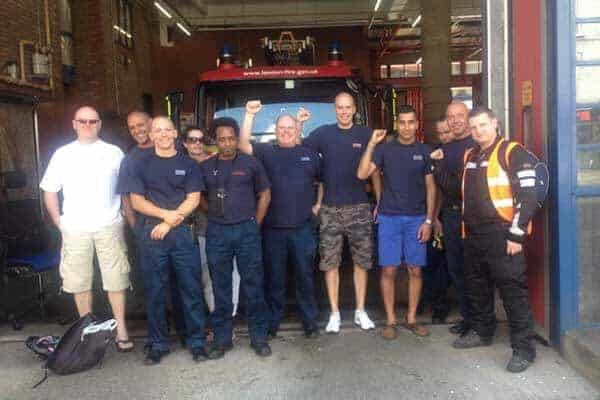 Babar faces court that could extradite him