THE INTERNATIONAL Monetary Fund (IMF) may be on the run from anti-capitalist protesters in Washington, but it is still wreaking havoc around the world.

Its latest victim is Argentina. This week a team of Argentinian officials was in Washington to negotiate with the IMF and the United States Treasury. They want an emergency loan of $9 billion. This comes on top of a $39.7 billion package agreed with the IMF last December.

The flight of capital from Argentina means the country may be unable to meet repayments on its $130 billion foreign debt.

Rich Argentinians are withdrawing their money from the banks. Deposits fell by nearly 7 percent last month. In an effort to appease local and foreign capitalists economy minister Domingo Cavallo announced a package of austerity measures last month. He slashed public spending, and cut the wages of state employees and some pensions by 13 percent.

This attack on the poor was foreshadowed in a memorandum agreed by the IMF and the Argentinian central bank in September last year.

According to the Observer, apart from calls for wage and pension cuts: “We read in the memorandum, under the bold heading ‘Improving the Conditions of the Poor’, an agreement to drop salaries under the government’s emergency unemployment programme by 20 percent.”

These measures are eerily reminiscent of the kind of packages imposed by bankers at the start of the Great Depression in the 1930s. Argentina has already been in recession for the past three years. Slashing spending, and thereby reducing the demand for goods and services, can only make things much worse.

But the unemployed are fighting back. With unemployment running at 15 percent and mass impoverishment growing, groups of redundant workers have built a mass resistance movement.

They have, for example, mounted road blockades to disrupt the movement of goods. The “piqueteros”, as they are known, held three days of mass protests last week. A ten-day mobilisation is planned for September.

This deep social and economic crisis is hitting a country that was for much of the last decade one of the main showpieces for neo-liberalism.

As the Financial Times put it, “Argentina implemented the liberal, free market model espoused by Washington with greater zeal than almost any other developing nation.”

In the early 1990s Cavallo pushed though an economic stabilisation programme. A key plank in this platform was to tie the Argentinian currency to the US dollar. This helped to attract foreign investors as the economy boomed in the mid-1990s. But then the dollar soared against other currencies, and Argentina’s exports became more expensive than those of its rivals.

The economic slowdown that began after the East Asian crash in 1997-8 helped to push Argentina into slump.

Western governments are unsure how to respond to the Argentinian crisis. Tony Blair made a point during his tour of Latin America last month of meeting Argentinian president Fernando de la Ra to declare his solidarity.

George W Bush has so far been wary of bailing the Argentinian government out. The most Washington has been willing to agree to is to bring forward $1.2 billion from an IMF loan due in September.

So far the US has shown itself mainly concerned to stop the crisis spreading from Argentina to other “emerging markets”. Last week the IMF announced a $15 billion loan to Brazil, the economic powerhouse of Latin America.

If the US government does mount a rescue, it may be for political reasons. The Financial Times points out that “in 1997 the US awarded Argentina ‘major non-NATO ally’ status, saying the country ‘had become our most reliable ally in the entire hemisphere with regard to security issues’.

“The country has been a vigorous supporter of the US’s free trade agenda, acting as an important counterweight to Brazil’s scepticism over Mr Bush’s proposed 34-nation free trade zone.”

Finally, “a growing number of analysts believe that an Argentine collapse could herald a shift away from the ‘Washington consensus’ and a return to the policies of economic nationalism.”

That could be the clincher for the Bush gang.

Argentina has been a testbed for the neo-liberal policies. Its current agony shows the bankruptcy of these policies. Let’s hope that the resistance they are evoking helps to feed the worldwide rebellion against neo-liberalism.

AS THINGS heat up in the high tech industries, is the future a shorts one? Giant computer company Cisco, led by fat cat John Chambers, is breaking new ground.

Until recently Cisco faced a rosy outlook. But now Chambers has announced a desperate cost-cutting measure. Employees are to be allowed to wear shorts in their Silicon Valley offices to try to save money on air conditioning.

OUT OF work dot.com entrepreneurs are moving into a “newly emerging market”. Only this time it’s the recession market.

A pair of out of work computer executives have cornered the market created by the job cuts that have slashed 12,000 internet professionals’ jobs since December 1999.

They have set up a “Recession Camp” in Silicon Valley in the US. Of course Recession Camp has its own website (www.recessioncamp. com), where people share their experiences of working in failed enterprises.

Recession counsellors organise meetings, and cheap activities such as horse riding and hiking are on offer.

The aim is summed up by the slogans on the Recession Camp merchandise: “Work on the other part of your life!” and “On Monday we were in F****d Company… On Tuesday I was in camp!”

The website advises, however, that people do not wear Recession Camp merchandise to job interviews or use the camp mugs if they get a new job. It’s thought it might hurt their chances.

They rebelled against their employer’s attempts to monitor their office computers by sabotaging them.

Then the group denounced the checks as a major violation of their privacy, and disabled the computer software.

This insurrection in the workplace was carried out by circuit judges working for the United States Court of Appeal in San Francisco.

The artists were to perform their highly acclaimed play Kpundeh, which means “Crisis” and has been praised for its contribution towards conflict resolution in wartorn Sierra Leone.

The actors’ work has already won the endorsement of the British Council, the World Bank and the British army stationed in the region.

But paranoid Home Office officials suspected the ten actors, as residents of a conflict “hot spot”, would claim asylum here.

One Edinburgh festival producer hit out at New Labour for being more draconian to overseas artists than even the Conservatives:

“We had Bosnians and Serbs at the Fringe Festival in the mid-1990s. “If that’s not a ‘hot spot’, I don’t know where is. And that was under a Tory government.”

BRAZILIAN police are accusing the Shell oil company of major pollution. A police inquiry has found that the company has polluted the earth and the ground water around a pesticide factory in the south east of the country.

Contamination by Shell took place in Paulinia, 80 miles from Sao Paolo, during the 70s and 80s.

Is this what it means by ethical investment?

These books cover recruitment, training, and the encouragement of employees. Given the record of bullying, macho Post Office managers, we think these books are maybe works of fiction.

The telecommunications giant whisked 379 sales managers to Tenerife in a private jet costing 82,500 to attend a “sales conference”.

Their stay at a five-star top-notch hotel cost 60,000. One manager confessed, “We had a wild time. All the drinks were free and no one was holding back.”

“THE POLITICS of being police chief have become so insane no one wants the job.”

“THIS IS one of those bad luck cases where no one can really be said to be responsible.”

“IF YOU want to know why so many intelligent but impressionable British youths are to be found each May Day chanting against the evils of capitalism and lobbing bricks at McDonald’s, you need look no further than the national curriculum for geography.”

“HE prefers nouns to adjectives. The term ‘ethical foreign policy’ was a disaster, a hostage to fortune.”

“PRODUCTIVITY growth is close to zero and extremely fragile. It looks likely that growth can only remain positive through the loss of jobs.”

“NO AMOUNT of money would be enough. He was a very handsome animal with perfect black and white markings. Size does not matter-he was such an attractive beast.”

“THE unfortunate thing about this decision is that it strengthens the views of the sceptics who say the WTO isn’t listening to its critics.” 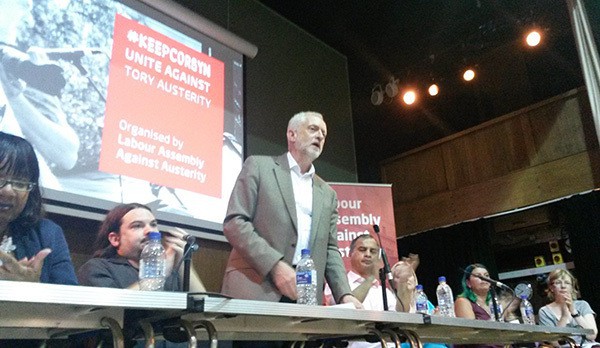