THE ISRAELI army concluded its murderous incursion into the southern Palestinian city of Rafah last week. The grotesquely named “Operation Rainbow” left at least 48 Palestinians dead and 150 houses demolished.Thousands of Israeli troops poured into Rafah on 18 May, sealing off the refugee camp.

Backed with tanks and Apache helicopters, they proceeded to systematically terrorise the population. Children were a particular target.

A teenage boy and his sister were shot dead on the roof of their house. Ahmad Al-Mogheir had gone to feed his pet doves, and his sister Asma planned to collect dry laundry. Moments later, their mother Sariyya heard gunfire. “I rushed up to the roof to find both laying on the ground, soaked with their blood,” she said.

A three year old girl was shot dead on her way to buy sweets. Rewan Abu Zeid received two bullets to her head, according to a doctor at a Rafah hospital.

Ariel Sharon, Israel’s prime minister, ordered the operation on the pretext of closing down “weapons-smuggling tunnels” between Rafah and Egypt. Yet the Israeli army did not report any single tunnel being uncovered or closed down. The sheer brutality of “Operation Rainbow” drew criticisms from unlikely quarters.

Yosef Lapid is Israel’s justice minister and a coalition partner in Sharon’s cabinet. He condemned the operation as “inhumane” and said pictures of an elderly Palestinian woman searching the rubble of her house reminded him of his own grandmother, who perished in the Holocaust. 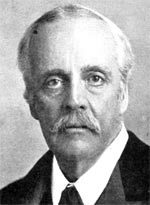 Rage in London at Israel's killing of peace activists 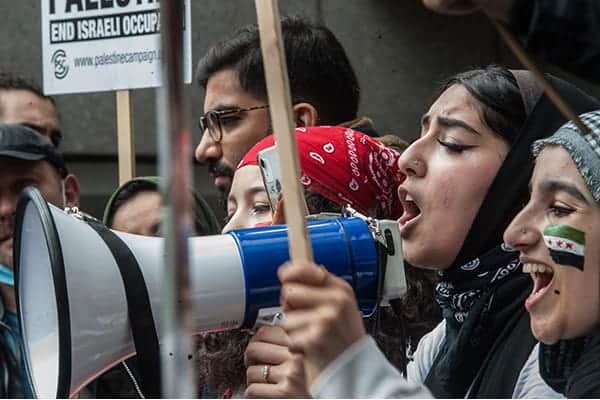 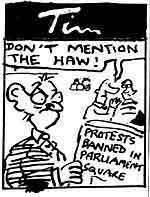