This article is over 17 years, 5 months old
Hassan Jumaa Awad, the president of the General Union of Oil Employees in Basra, Iraq, received a standing ovation from the conference. Here is an extract from his speech
Downloading PDF. Please wait...
Saturday 19 February 2005

I would like to salute you. Your activities here are hidden from the Iraqi people. I have been amazed since arriving in Britain how many young people in particular are active in the anti-war movement.

I come from country where people are being raped. I was very moved when I heard the families of the British soldiers speak. The people of Iraq are suffering thousands of casualties from the British and US forces.

The excuse was to liberate Iraq. But while Saddam used to come and arrest us at night, the US army comes to arrest us during the day. This is a ‘democracy’ built on destruction.

Anyone who opposes the US is seen as a terrorist. The Americans are attacking people who are defending their own lives, wealth and proper.

The US is intending to stay a long time – to privatise the oil industry, the economy and to run Iraq. They came for the sake of oil, not just in Iraq, but for control of the entire Gulf.

The US’s Paul Bremer passed a law that prevents the formation of trade unions and even public gatherings. 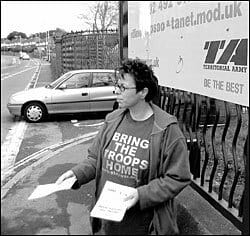 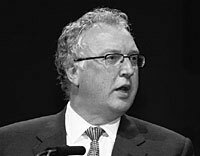