Is this the future of your pension?

Is this the future of your pension?

THE COLLAPSE of the Independent Insurance company last week has provided a glimpse into the murky dealings of City fat cats. Yet these are the people New Labour wants to put in charge of our pensions. Independent went into liquidation on Monday of last week, owing a massive 200 million.

It got into trouble by selling on insurance policies, thus accumulating liabilities which were never entered into its accounts. That allowed the company to appear profitable when in reality it was in debt. A leading insurance analyst warned as early at 1993 that Independent Insurance’s financial reserves were not enough to meet claims.

Still it was allowed to issue shares on the stock exchange. The Serious Fraud Office has now launched a full scale investigation into the company. But various policy-holders are losing out. They range from individuals to the London fire brigade and the GNER train company, which has lost millions.

That shortfall will be made up either by government subsidies or increased fares for ordinary passengers. The entire scandal should put an end to talk of phasing out the state pension in favour of stakeholder pensions overseen by insurance companies like Independent. No New Labour minister came forward to promise that change of policy last week.

THE GUARD credited with saving lives in the Ladbroke Grove rail crash was sacked two days before the publication of the Cullen report into the disaster last week.

Great Western Trains took the sick decision knowing the report would lay some of the blame for the crash, which killed 31 people, at its door. Colin Paton, aged 55 and a father of five, has suffered psychiatric trauma since the crash in October 1999.

He managed to put out an emergency call which prevented a third train colliding with the first two. With both drivers dead, he played a key role in evacuating 750 passengers. But he says he was told, “We are pulling the trigger on you now. We want you gone by 16 June.”

He says, “I carried out my duties in a professional manner. I only wish the rail companies would do the same.”

Cullen’s report slammed the rail bosses but also avoided the central issue-the impact of privatisation and the need to restore fully trained guards onto all rail lines.

BACKBENCH New Labour MPs are always keen to follow their party leaders. So they are clamouring for a whopping 20,000 pay rise. They were spurred on by the huge rises Blair and the cabinet awarded themselves two weeks ago.

One backbench Blairite said, “Cabinet ministers have been given a big pay rise and now backbenchers want their cash.”

Chairman of the Parliamentary Labour Party Clive Soley says he is “optimistic” that a big rise in pay and office expenses will go through in “weeks rather than months”. That’s a relief.

KENNETH CLARKE, we are told, is the acceptable face of the Tory party. He managed to miss the opening of parliament last week. He was in Vietnam punting cigarettes to one of the world’s poorest but most populous countries. Clarke has a series of directorships, raking in about 300,000 a year on top of his 50,000 for being an MP.

One of them is Britsh American Tobacco (BAT). This contender for the Tory leadership is fronting up a deal for BAT to secure Vietnamese government support for a $40 million tobacco production plant in Vietnam.

The media spotlight has not shone onto his past as Thatcher’s health secretary. Clarke took repsonsibility for introducing the market into the NHS, and became known as the man who ignored doctors’ advice-from the British Medical Association.

PATIENTS AT a new PFI-built hospital are being served inedible three day old food. Staff at Hairmayes Hospital in East Kilbride are shocked at the food being given to patients.

The madness of privatisation and the market means the meals are cooked 200 miles away in Manchester. Every three days these meals are transported to Scotland where they are reheated and served to patients in NHS hospitals.

“The food is so awful that only a week ago one nurse was forced to return all the meals,” said a spokesperson for the UNISON union last week. The union’s senior health officer for Scotland, Jim Devine, says the problem stems from the crazy commercial contracts hospitals are forced to sign up to under New Labour’s beloved PFI schemes.

NUCLEAR bombs stored in Britain in the 1950s could have exploded by accident, according to declassified Royal Air Force papers. Just one of the nuclear bombs would have been like 25 Hiroshima explosions. They had so much radioactive material in them that they risked going off in an explosive chain reaction when they were armed.

US government regulators are failing to scrutinise field tests of genetically modified crops. The US Public Interest Research Group has discovered that government officials are “rubber-stamping” applications. They are failing to examine any basic safety issues, such as whether the modified genes are likely to spread to other plants.

“POLICY IS made on the hoof by a chosen few at the top with only an occasional reference outside the magical circle.”

“MR BLAIR-a politician who out-Tories the Tory party-is to be congratulated for continuing his conservative revolution and putting into practice the things Mr Major only talked about.”

“BLAIR HAS the resources and the majority to defeat the unions. We wish the prime minister well in this most difficult of challenges.”

“WOULD NOT the wiser course be to consider it on its merits, rather than dismissing it out of hand?”

“I HAD no idea we had so many weapons. What do we need them for?”

“AS young Americans you have an important responsibility.”

“I AM a natural floating voter. I tend to decide on the day, but I am really a socialist. We all get on very well though. We are a peaceful family.”

Unspinning the US’s web of lies against Galloway 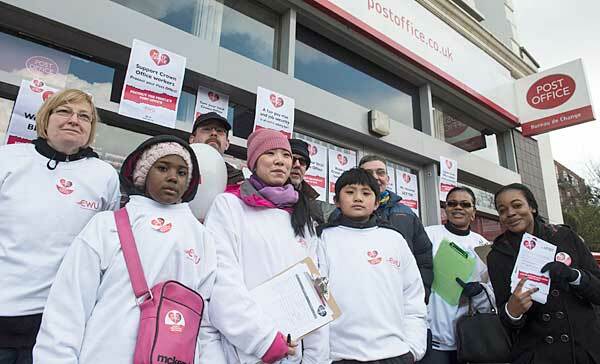