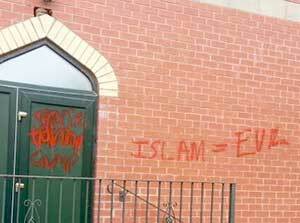 Racist graffiti on a Bolton mosque

English Defence League leader Tommy Robinson and a group of his henchmen went to Woolwich within hours of the killing to try and whip up race hatred.

The BNP and EDL want to use the Woolwich killing to revive their flagging fortunes.

The EDL attracted more than 1,200 people to a protest in Newcastle last Saturday—its biggest mobilisation for some time.

Around 1,000 anti-racists turned out to oppose it.

Organisations that monitor racist attacks report that anti-Muslim hate crimes are running at over ten times their usual rate.

Over 140 incidents were reported to one hotline in the 48 hours after the Woolwich killing. Those running it said this was “at a level we simply haven’t seen before”.

The incidents included attacks on mosques, racist graffiti and verbal abuse. Some Muslim women have had their headscarves pulled off. Racist graffiti was painted on a mosque in Bolton (see picture).

Improvised petrol bombs were thrown at a mosque in Milton Keynes and attacks have also been reported in Braintree, Cambridge, east London and Gillingham.

Two men were arrested after petrol bombs were thrown into a mosque in Grimsby in front of the police who were there to protect it.

This racist backlash is far more serious than what occurred in the wake of the 7/7 bombings in 2005.

Then four bombs claimed the lives of 52 people and injured a further 700.

One report found that in 2005, “There were incidents against members and property of the Muslim community, but that these tended generally to be sporadic and isolated”.

Today Muslims have suffered years of being demonised by politicians and the media.

This has created a climate where Islamophobia can thrive.

The BNP and the EDL have exploited this but have suffered serious decline in the past few years. This is because they have faced organised opposition.

Unite Against Fascism (UAF) has undermined its electoral strongholds and organised countless mobilisations against the BNP and EDL.

Shabbir Kawsar from the Muslim Council of Britain thanked UAF for its solidarity at the demonstration on Monday (see left).

But as the fascists try to revive we will need to confront them—and mobilise the broadest possible forces to stop them. 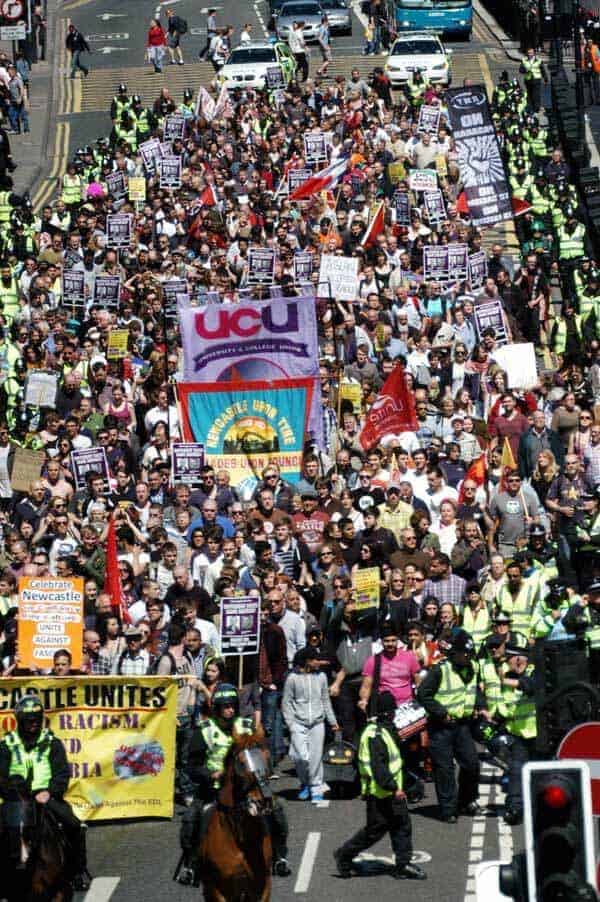 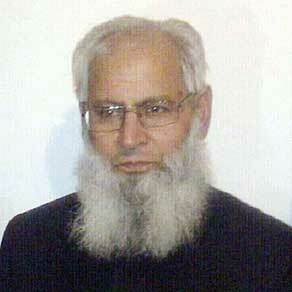