This article is over 15 years, 6 months old
In repsonse to Israel's murderous attacks on Lebanon and Gaza we have produced a special issue of Socialist Worker that reports the truth about what is happening on the ground and provides background information on the current conflict
Downloading PDF. Please wait...
Saturday 22 July 2006

In An unequal conflict – Israel’s war on Lebanon eyewitness reports from Lebanon show the madness of trying to equate events in Lebanon with those in Israel. Respect MP George Galloway writes on why Blair is Israel’s ally.

The latest assault has revived bitter memories of previous previous onslaughts and Lebanon’s history of resistance to Zionism.

In Zionism: Israeli war drive fuelled by murderous doctrine author John Rose examines the fatal combination of ‘Iron Wall’ ideology and Western imperialism which have lead to the latest attacks on Lebanon and Gaza.

Our report from Gaza shows that while it may have dropped from the headlines there is a Humanitarian crisis as Gaza Strip siege continues.

David Miller, reveals ‘A diet of undiluted lies’ in the media bias for Israel.

Alex Callinicos comments on how George Bush may be Reaching the limits of imperial power, bogged down in Iraq and Afghanistan.

Demonstrate! Demonstrations are planned around the country this Saturday reflecting the outrage at Israel’s assault on Gaza and Lebanon.

Ismail Patel, the chair of Friends of Al-Aqsa, a voluntary organisation working for Palestinian human rights explains why he is backing the Time to go demonstration calling for an end to Britain’s role in Iraq, Afghanistan and support for Israel, outside Labour’s conference in September.

For updates on the situation in Lebanon go to lebanonupdates.blogspot.com or sanayehreliefcenter.blogspot.com 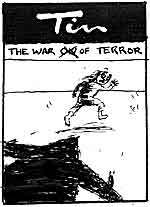 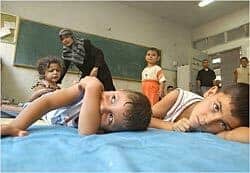