IT workers protest over jobs

Workers at IT firm CSC staged a lunchtime protest against compulsory redundancies.

CSC is making 460 UK workers redundant from its NHS account. CSC blames government cuts to the rollout of IT to the NHS.

But this week it announced another 640 job cuts from the rest of its workforce.

“The workers at CSC are being asked to pay the price of massive mistakes by the bosses,” a Unite union rep told Socialist Worker. “They are very angry over these announcements and have pledged to fight for their jobs.” 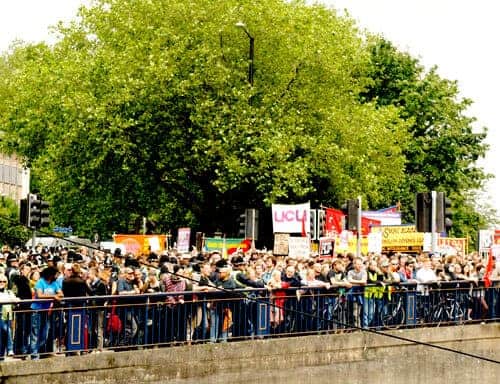