Pro-choice activists have taken to the streets against a decision to prosecute a woman for trying to bring about an abortion.

She faces charges of unlawfully taking poisonous substances and of supplying or procuring a poison, knowing that it would be used to induce a miscarriage. The woman could be jailed for life if found guilty.

Protesters gathered outside the Northern Irish office in London on Friday of last week.

She said of the woman facing prosecution, “She’s not a criminal, she’s been failed by the state.

“We are out across four cities tonight standing with that woman.”

An Alliance for Choice spokesperson said, “This is a clear class issue, only those without the money to travel are going to risk causing an illegal abortion.” 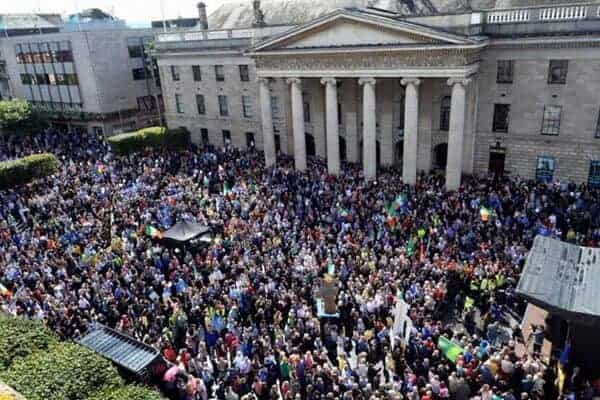 Row over cuts is behind Northern Ireland's crisis