Jerry Hicks gets on the Unite ballot paper

Left wing activist Jerry Hicks has won enough nominations to get on the ballot paper for the forthcoming Unite general secretary election.

The fact that he has over 50 nominations is great news for all union activists who want a fighting, democratic Unite.

But Jerry still needs more nominations to show the level of support for his policies.

“My campaign has won support from every sector and region,” Jerry told Socialist Worker.

“From Shetland to Plymouth, from Ireland to Swansea.

“West London General branch nominated me after a hustings with the frontrunner Len McCluskey last week.

“It was a litmus test of where the members are at, and the support was won through the power of argument and persuasion.

“Backing from these branches came after I had received a flurry of nominations from across the union.”

Union activists should ensure that their next branch or workplace meeting discusses backing Jerry.

Nominations must be in by the end of August.

For information on what Jerry Hicks stands for and his campaign go to http://jerryhicks.wordpress.com or email 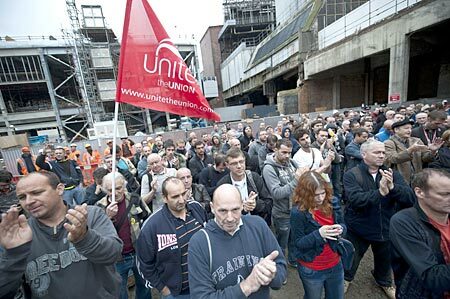