This article is over 11 years, 2 months old
everything is still to play for in the battle to be the next general secretary of the Unite union. Voting ends on Friday of next week.
By Matthew Cookson
Downloading PDF. Please wait...
Tuesday 09 November 2010

everything is still to play for in the battle to be the next general secretary of the Unite union. Voting ends on Friday of next week.

Whoever wins the election to lead Britain’s biggest union, with 1.3 million members, will have an important say in the course of the struggle against the Tories.

Jerry’s campaign is winning wide support across the union. He and his supporters are calling for activists to make a major effort to win more votes in the last week and a half.

“I’ve just had a fantastic week campaigning in Scotland, mainly in Edinburgh and Glasgow,” Jerry told Socialist Worker. “Wherever you go a pattern is developing.

“So many members haven’t voted. This shows that there is a massive disconnect between the members and the union and that the machines that would traditionally have got the vote out are broken.

“There is a great depth of cynicism towards the union. I spoke to refuse workers in Edinburgh early one morning.

“They’d seen their wages ‘equalised’ down 17 months ago, meaning many of them are between £3-5,000 worse off, and the union had done nothing about it.

“I was speaking to 30 or 40 of them when another guy came in who’d just seen a leaflet. He was shouting at me, thinking that I was a union official.

“His colleagues had to say that I was a member just like them.

“This is where we’ve ended up, with a member so angry with the union that he wanted to attack an official.

“After that, the refuse collectors have been campaigning for me in Edinburgh.

“I spoke to a rep in the parks department in Glasgow. He told me that his section meeting had said they were voting for me, even though the branch has nominated Len McCluskey.

“Anyone active in the campaign can see that there is going to be a poor turn-out. We should be encouraging members to open their mail and read the election statements.

“If they compare me to the other candidates and then cast their vote, I am confident that they will put a cross next to my name.

“There’s a real chance we could win this election.”

To get involved email [email protected] For more information go to www.jerryhicks4gs.com

Campbell in hot soup over war 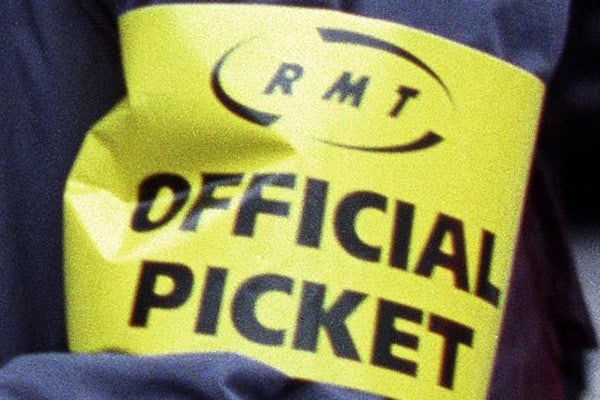