This article is over 10 years, 5 months old
Around 100 people joined a march in Doncaster in support of journalists who are in their fourth week of an indefinite all-out strike against job cuts.
By Julie Sherry
Downloading PDF. Please wait...
Tuesday 09 August 2011

Around 100 people joined a march in Doncaster in support of journalists who are in their fourth week of an indefinite all-out strike against job cuts.

Among those who joined the protest in solidarity, called by the NUJ union, were Unison, Unite, CWU and UCU union members.

The groups of workers brought banners and spoke at the rally.

One striker told Socialist Worker, “I think our action has really captured the imagination both locally and much wider.

“It is as though it has acted as an example.

“The notion of everyday, local journalists having the guts to stand up against these attacks has inspired people.

“If you undermine local journalism, you remove the accountability of authorities, and it is the workers in the community who suffer.”

They said, “We’ve just had enough—the workload we carry and the hours we work often aren’t even in line with company policy.

“Yet, it is as though we are held to ransom—we’re told ‘stop moaning, be thankful you have a job in this climate’.”

Another striker told Socialist Worker, “Management tell us we should accept the cuts and the conditions we work in for the ‘pride of journalism’.

“I wouldn’t mind if we were actually doing that. But the truth is I’ve felt much more like a reporter since I’ve been on strike—talking to people about issues that actually affect people and having the freedom to provide a voice.”

South Yorkshire NUJ branch has passed a motion calling on the union leadership to name the day for coordinated strikes with other unions.

NUJ members in the editorial teams at LexisNexis have voted to strike against attacks on their pay. The workers voted by 76 percent in favour of strikes on a 78 percent turnout in the ballot.

Journalists at the BBC Arabic service struck for a week until last Thursday against attacks on the service and their jobs.

They held lively picket lines, and invited their supporters to come and celebrate Ramadan with them.

NUJ members at the BBC are carrying out a work to rule as part of their campaign against job losses. 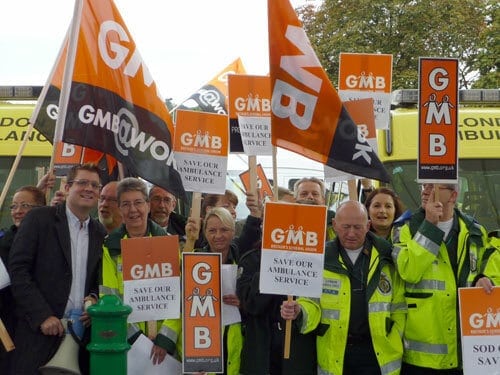