Local newspaper journalists in Warwickshire, Worcestershire and the West Midlands launched a second round of strikes on Tuesday of this week.

The members of the NUJ union are fighting attacks on jobs and pay—and defying bosses’ attempts to recruit scab labour.

Journalists at Bullivant Media, based in Redditch, began their strike on Tuesday and were set to strike again on Wednesday of this week.

The latest action follows a first round of strikes on Tuesday and Wednesday of last week.

Bosses at Bullivant want to cut the number of editorial staff working on its nine newspapers, including issuing compulsory redundancies.

It comes after several months of journalists being underpaid.

They also plan to cut back on professional photography, and undermine journalists’ jobs by using non-editorial staff to take on journalistic work.

And last week they placed adverts in their newspapers for temporary journalist jobs—in an apparent effort to break the strike.

Bullivant Media NUJ Chapel said, “All of the journalists working for the company are united, we have taken action calling for fair pay, improved working practices and against the compulsory redundancy of a valued colleague.

“We call on all journalists not to work for Bullivant Media Limited during our strike.”

NUJ union reps at the BBC have called for management to be streamlined, instead of programme makers’ jobs being cut.

Reps passed a motion last week condemning cuts to journalism that have been made while 15 senior managers earn £150,000 or more.

NUJ reps said, “We recognise the BBC is facing some very serious budget constraints, but we urge the director general and all who are in positions of authority, to look at the ratio of managers to staff.”

Reps have demanded that the BBC prioritises programme makers and reduce management to match other public sector organisations with similar budget challenges. 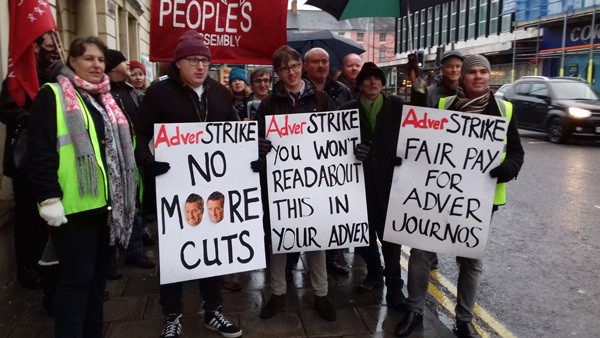 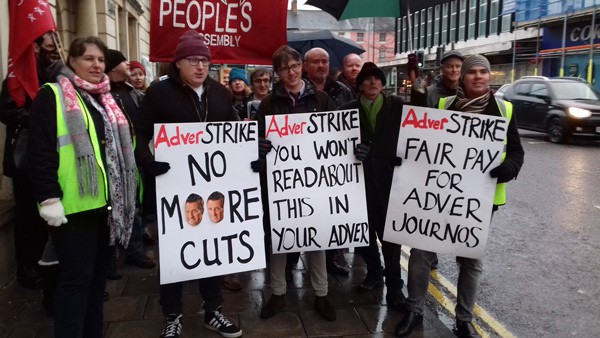 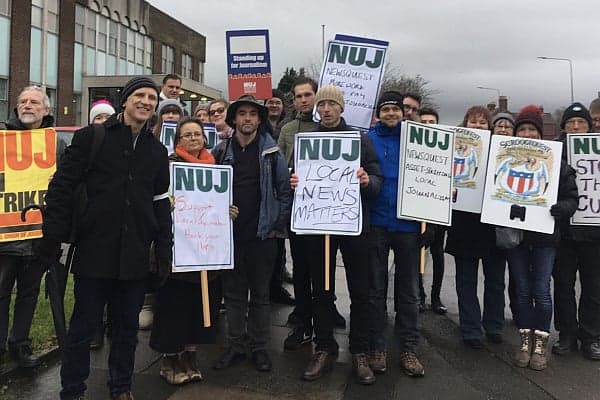 Newsquest journalists in Cumbria strike against cuts and for better pay