Julian Assange began his latest fight against extradition to the US in the Old Bailey on Monday.

The hearing, scheduled to last four weeks, will hear allegations from the US Department of Justice that Assange tried to recruit hackers to find classified information.

The charges carry a maximum jail sentence of 175 years.

Assange is the founder of the organisation WikiLeaks. In 2010 it released about 470,000 classified military documents concerning US diplomacy and the wars in Afghanistan and Iraq.

Many of the documents revealed by Wikileaks were obtained by former US soldier Chelsea Manning.

She spent seven years in jail and was jailed again for refusing to name those who helped her.

At one time there was a competing extradition request for Assange from Sweden, where two women had made allegations of sexual assault and rape. But the Swedish authorities have dropped the investigation.

It was right that Assange was investigated by the Swedish authorities.

But he should not be extradited to the US. To do so would punish him for exposing imperial slaughter.

Tory gowns are a goner

A Tory government plan to make reusable gowns for health workers has not produced a single approved garment after almost six months.

Yet the Department of Health and Social Care says the scheme is on track.

The government initiative aims to prepare a stockpile of reusable gowns ahead of a further rise in Covid-19 cases this winter. It has utterly failed, meaning that there could be another PPE crisis soon.

Adam Mansell, chief executive of the UK Fashion and Textile Association, said he sent the government a comprehensive plan for making reusable gowns in Britain in mid-July, but it had “done nothing with it at all”.

He added that he believes the high price of the gowns, which cost about £15 each but can be washed up to 70 times, is the reason why the project has slowed.

The Tories think they can grab cheaper versions through subcontracting elsewhere—a process that has been disastrous previously.

Scotland back in lockdown?

Scottish first minister, Nicola Sturgeon, has warned the Scottish government could be forced to reimpose more restrictions after a continuing rise in Covid-19 cases.

Sturgeon confirmed the daily case numbers were similar to those last seen in early May and it was clear there was a fresh surge in cases.

The Scottish government has looked relatively efficient compared to the policies coming from Boris Johnson.

But its performance is among the worst in Europe, particularly in failing to protect care home residents. 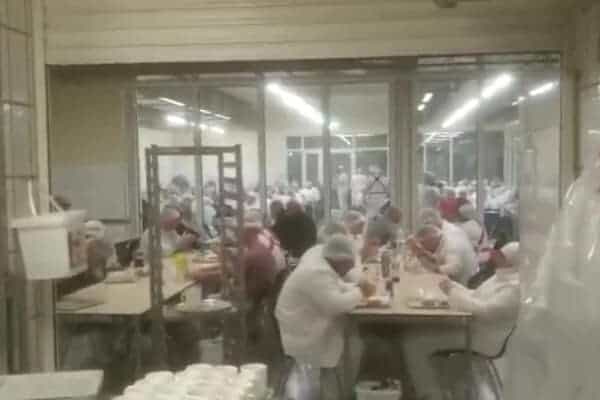