This article is over 14 years, 7 months old
Mental health workers in Manchester reacted with anger to the decision of their NHS trust this week to uphold the sacking of leading union activist and psychiatric nurse Karen Reissmann.
By Yuri Prasad
Downloading PDF. Please wait...
Tuesday 11 December 2007

Mental health workers in Manchester reacted with anger to the decision of their NHS trust this week to uphold the sacking of leading union activist and psychiatric nurse Karen Reissmann.

Karen was suspended and sacked after she spoke out against cuts and privatisation of mental health services at her trust.

Around 150 Unison union members have been on indefinite strike to demand Karen’s reinstatement since the beginning of last month. A further 650 ward based staff at the trust have been on a rolling programme of action throughout the summer.

Union steward and striker Vall Midson talked to Socialist Worker about the reaction to Karen’s sacking – and the future of the dispute.

“We are absolutely livid at the decision to uphold Karen’s sacking. As the news came out many strikers were asking, ‘How can we be expected to go back to work after this? We will never be able to work with those managers again.’

“At the same time there is an enormous sense of pride among the strikers. We have stuck together solidly, and far from being broken, the union is stronger now than before the strike, with a host of new and confident stewards and activists.

“Last week saw a highly successful national day of solidarity, during which there were protests in scores of towns and cities around Britain in our support.

“The money and the messages of solidarity that we have received have been overwhelming, and are a reflection of the way people see our strike as being crucial to the defence of the NHS.

“At a local level we have done everything possible to win this dispute, but now Unison must use its national clout to win Karen’s reinstatement.

“Our branch was set to discuss a motion this week demanding that our national leadership call on the MPs that the union sponsors in order to get them to press our case with health secretary Alan Johnson.

“We also want Unison’s general secretary Dave Prentis personally to push for a meeting with Johnson as a matter of urgency.

“The health secretary must be made to feel the pressure, as he can intervene to ensure that the regional health authority and the trust decide to reinstate Karen.

“The motion presses Unison to organise a national lobby of parliament over the issue on 5 February, the three month anniversary of Karen’s sacking. We plan to organise a branch wide strike in support of Karen on the same day.

“Our motion on Tuesday of this week called on the regional and national officers to agree a broad political strategy, and for us to postpone any decision on the future of our present strike until a recall meeting on Thursday.

“When we get a report back on what has been decided, we will look again at whether to suspend our action.

“Our fight has become a focus for thousands of people, especially health workers and patients, who are angry at the way the NHS is being run down and parcelled off to private and voluntary sector contractors.

“NHS employers around the country are also watching for the outcome of our dispute. We must show them that our union activists will not be intimidated out of defending the NHS.” 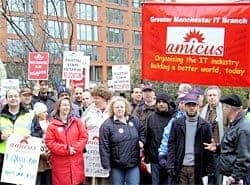 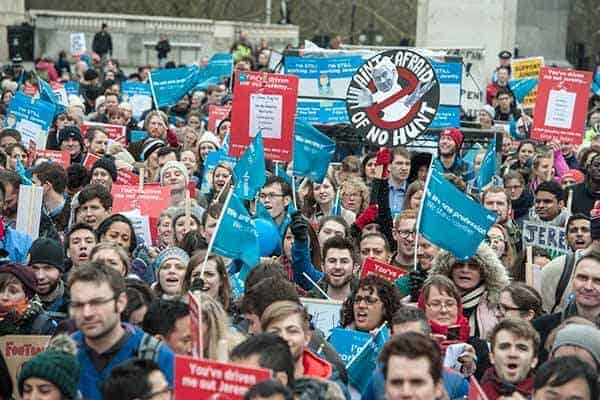 Yorkshire ambulance staff say, give us a break