This article is over 12 years, 2 months old
Tuesday 22 June will be a key focus for all those who want to resist the government’s programme of cuts.
By Viv Smith
Downloading PDF. Please wait...
Tuesday 01 June 2010

Tuesday 22 June will be a key focus for all those who want to resist the government’s programme of cuts.

On that day the Tory-Lib Dem coalition will announce its emergency budget and protests will take place all over Britain.

In Sheffield the secretary of the Labour Party, Paul Wood, is backing a protest started by Right to Work and Sheffield trades council.

The initiative has won the support of the Sheffield Labour Party and local branches of the CWU, PCS, NUJ and NUT unions.

In north London, Right to Work activists approached Islington trades council and the Defend Whittington Hospital campaign to call a demonstration on the day of the budget.

Gary, who also sits on the CWU executive, spoke to Socialist Worker about the need for activists to move quickly to form a broad coalition against cuts.

“We’ve set up an Islington Against the Cuts meeting for Thursday of next week to pull people onboard.

“The very successful campaign against the closure of the A&E unit at Whittington hospital taught people how to organise.

“It brought together political activists and trade unionists, as well as campaign and political groups—and there was enormous interest from the rest of the community.

“Despite beating back the threat to the hospital, activists realise that there are ongoing attacks and have kept the campaign going.

“Everyone is agreed that we have to work together around common aims. We’ve made it clear that anyone who wants to stand up for local people and services is welcome.”

Gary says that many activists were also convinced that they needed to maintain a network of activists after working together to support striking postal workers last year.

“That network has been vital,” says Gary. “It meant that we could get people together for the Whittington campaign, and for other disputes like British Airways.

“We also recognise that it isn’t just a local fight—we are part of a national fightback and a battle that is going on across Europe.”

Many of the budget protests taking place in Britain will also be in solidarity with workers in Greece. They are fighting savage cuts to their jobs, services and pensions.

Martin Chandler is secretary of Bolton trades council and an active member of the Labour Party.

“In our view the Tory-Lib Dem coalition is one of big business,” Martin told Socialist Worker. “It is going to push through cuts that will affect frontline services.

“Trade unionists in Bolton felt we need our own coalition—one that opposes cuts. So we set up Bolton Against the Cuts.”

Bolton City Unison, Right to Work and Bolton trades council are working together to build the campaign.

“We have had great feedback—Bolton Labour Party is sending the leaflet advertising our budget protest to all their local groups. And the Green Party has also agreed to come onboard,” said Martin.

Edinburgh Right to Work has also put out a call for trade unions and campaigners to protest on 22 June.

Their demonstration is backed by Edinburgh trades council, and the FBU, PCS and CWU unions.

Robbie Glass, a joiner in Edinburgh, recently got involved with Right to Work and is building the protest.

“Around one million young people are unemployed—and life is hard,” he said. “The new Conservative government seems to be attacking those who are the worst off.

“We need grassroots activism to fight for our rights and protect our livelihoods. We have to build strong networks of people willing to come together and fight every attack they throw at us.

“That’s why I joined Right To Work—to be ready, to be part of the fightback.”

For more information go to www.righttowork.org.uk 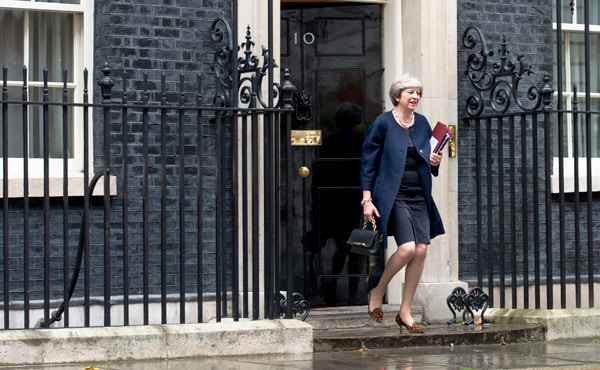 Firefighters' union must step up the defence of gay rights