The motion mentioned “The 1948 Nakba when Palestinians were forcibly displaced from their homes,” and called on Labour to support their right to return. Supporters of Israel have tried to shut down discussion of Palestinians’ expulsion.

They also want to make support for a one-state solution—a single state in Palestine with equal rights for all its citizens—unacceptable.

Yet introducing the motion, Ali Brownlie Bojang from Hove said Israel’s occupation of the West Bank means “talk of a two-state solution has become meaningless”.

“Look at a current map of the West Bank and tell me how you would carve two states out of that,” she said.

Yousef Qandeel, a Palestinian delegate from Ealing North, said, “Britain has a main role in creating my catastrophe. In 1948 my parents fled their village in which 590 people were killed in one night. As a result we became refugees.

“There is no peace without justice, and there is no justice if the Palestinians don’t have their rights.”

Conference also unanimously passed a motion calling for an arms embargo on Saudi Arabia over its war on Yemen. In 2016, Labour MPs refused to back a motion in parliament calling for an end to arms sales.

Hundreds of Labour Party members showed they’ll continue to stand up for Palestine, at two packed events on Sunday.

People poured into fringe meetings on Palestine despite opposition from supporters of Israel and the right of the Labour Party.

Some 200 people attended a Let’s Talk About Palestine meeting, hosted by Jewish Voice for Labour (JVL).

And there was a reported 400 people at another meeting by the Palestine Solidarity Campaign (PSC).

Supporters of Israel singled the meetings out ahead of the conference because prominent pro-Palestine writers and activists were speaking at them. Israeli historian Ilan Pappe—author of the Ethnic Cleansing of Palestine—spoke at the meeting hosted by JVL.

Meanwhile Omar Barghouti, founder of the Boycott Divestment and Sanctions campaign against the Israel occupation spoke at the PSC meeting. He appeared via video link because the British government delayed his visa without a reason.

The meetings come after years of a concerted attempts to paint the left as antisemitic because of its support for Palestine.

At a fringe meeting hosted by the Jewish Labour Movement, right wing Labour politicians described their own party as institutionally antisemitic.

Labour members at the JVL meeting also spoke of attempts to silence them. But they insisted they would keep speaking out against Israel.

One said, “We’re not against the Jewish people—we’re against the way the Israeli government treats the Palestinians.”

Another said, “Left wing Jews and people of colour have had their voices shut down.” But she added she still supported a one-state solution in Palestine, despite attempts to brand this as antisemitic.

“I would like people wherever they are to have the right to choose where they want to live,”

Pappe argued that European governments who brand Palestinians antisemitic were themselves encouraging antisemitism. He said, “It is time for us to open up the debate on antisemitism, not to be afraid of it—but within the right context,” he said.

“Within that context that says, you do not solve racism and antisemitism in Europe by allowing a Jewish state to be racist in the Middle East”.

Labour Party delegates voted for a plan to effectively abolish private schools, in a debate on Sunday.

They agreed that Labour’s next manifesto would commit to “integrate all private schools into the state sector.”

Rayner cautiously welcomed it after it passed, while Corbyn later tweeted, “As our conference confirmed today, a Labour government will end the privilege that is entrenched by private schools.”

Delegate after delegate got up to support the vote, and attacked private schools.

Moving the motion on private schools, Lynn Jackson from Battersea said, “Boris Johnson is the 20th prime minister educated at Eton. In his cabinet, two thirds are privately educated.

“It’s about not only giving children the education that they deserve. It’s about making sure that people at the top are not that narrow seven percent.

“What I want is to do is make sure that our next election is not about the people versus the parliament, which is what it feels like at the moment, but about people versus privilege.

“Let’s kick out the Eton educated posh boys, let’s have Jeremy Corbyn in there”.

Bosses furious at plans for four-day week and nationalisation

Delegates voted to back a four-day working week, a plan proposed by the CWU union. Shadow chancellor John McDonnell pledged to reduce the working week to 32 hours a week with no loss in pay.

He also repeated promises to nationalise industries and put workers’ representatives on the boards.

Labour member Josh told Socialist Worker that the plans went further than reforms brought about by the 1945 Labour government led by Clement Attlee.

“McDonnell talks about when we nationalise core parts of the economy it won’t all go to bureaucrats,” he said. “Workers will have a real stake in it. I think that’s a greater step forward than even the Attlee government.”

Another member, Peter, said, McDonnell’s speech was “everything we’ve wanted from the Labour Party”.

But the bosses are outraged. Carolyn Fairbairn, director of the CBI bosses’ organisation, said a shorter worker week would “push many businesses into loss”. She said it would have to be paid for with “productivity gains”.

That means cuts and measures to make work harder.

The statement shows that bosses won’t allow radical improvements to workers’ lives without concessions. Beating them will mean confrontation, not talking to them as McDonnell has suggested. 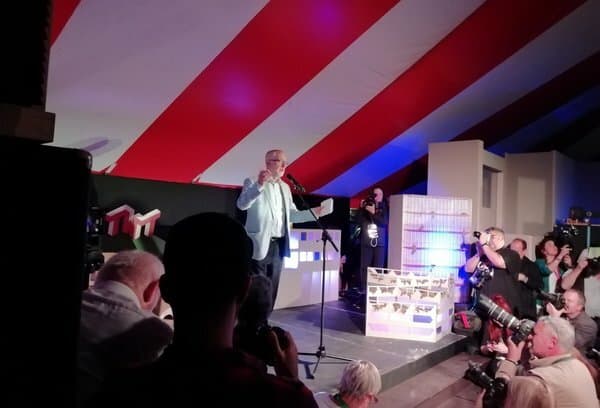 Labour conference is a chance to challenge right over Brexit 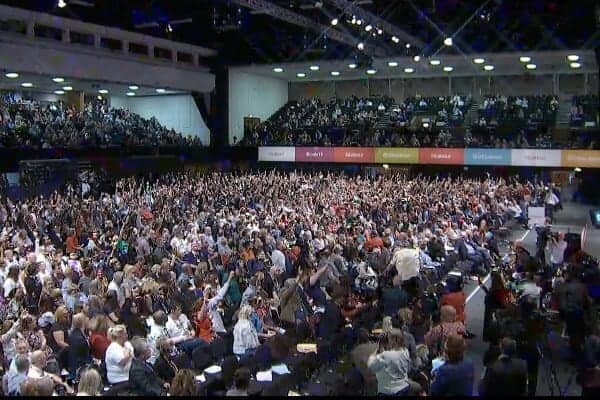