This article is over 17 years, 4 months old
LIVERPOOL Labour MP Bob Wareing has backed the battle against the local council’s assault on union rights. The council, controlled by the Liberal Democrats, has turned on activists in the wake of the recent dispute involving social workers.
Downloading PDF. Please wait...
Saturday 29 January 2005

LIVERPOOL Labour MP Bob Wareing has backed the battle against the local council’s assault on union rights. The council, controlled by the Liberal Democrats, has turned on activists in the wake of the recent dispute involving social workers.

“I supported the union during the strike, when vulnerable children were at risk because of the council’s failure to secure a settlement.

“Now I hear accusations of what amounts to discrimination against the strike’s leaders.”

Five workers, four of them Unison union reps, have been suspended following incidents that took place during a four-month dispute by social workers. Those suspended — three social workers and two other council workers — received letters on 12 January, a day after the strikers returned to work. They face indefinite suspension while charges of gross misconduct are investigated.

One union member who had been on strike, and who did not wish to be named, told Socialist Worker, “The atmosphere since the strike ended has been horrible—the managers have been crowing. The mood in the offices was that we ought to walk out of work in protest at the suspensions—but there wasn’t the confidence to do so.”

Union activists believe that the allegations levelled at the Unison members are a political attack. “All of those suspended were good activists, and the council wanted to make an example of them,” said one union member.

Branch officers met in the wake of the suspensions and launched a petition calling for the five workers to be reinstated. A lobby of the council was set to take place on Wednesday of this week.

Yunus Bakhsh, who sits on the Unison national executive, told Socialist Worker, “Liverpool branch needs to confront this issue head-on. They should call action to defend the branch, and everyone else should support them.This is an attack on the whole basis of trade unionism.”

The attack on the union comes as Unison members begin to vote in their general secretary election. Jon Rogers, the Unison United Left candidate, has thrown his weight behind the suspended council workers.

He told Socialist Worker, “We have to mobilise support for these people, otherwise the whole union is at risk.

“Liverpool City Council has already threatened to break away from our national pay bargaining agreement—a major attack on Unison.

Jon met some of those involved in the Liverpool dispute at a 50-strong hustings in Manchester last week. Dave Prentis, Unison’s current leader who is standing for re-election, did not even attend the hustings. “This dispute needs the personal involvement of the general secretary,” said Jon Rogers.

To request petitions supporting the suspended workers, or to send messages of support, contact Unison Liverpool City Branch on 0151 236 1944, or e-mail [email protected]

Planned strikes by teaching assistants in Brighton and Hove have been called off. The Unison union and employers have agreed to binding arbitration through ACAS. 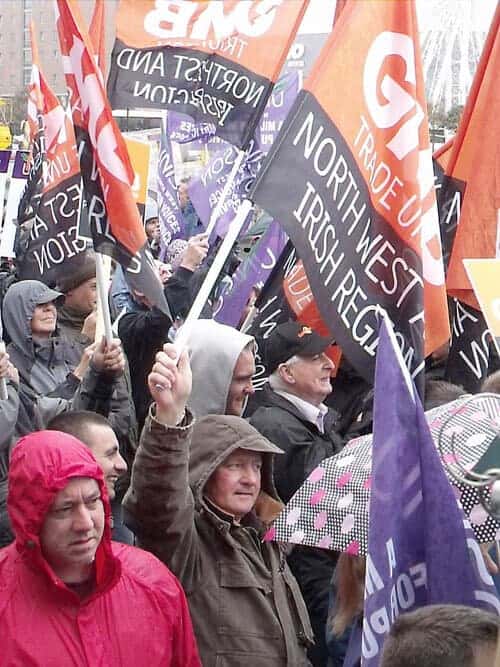