Labour deputy leader Tom Watson said the group was a vehicle for socialists outside of Labour to try and take over.

He added, “Their aggression is matched only by their stupidity. I don’t know what the point of them is.”

Momentum was launched to build on the success of Jeremy Corbyn’s election as Labour leader.

Corbyn is Dugher and Watson’s real target. They want to undermine his leadership by attacking his base of support.

Momentum has said it will bring in new rules stopping non-Labour members from taking up positions or attending decision-making meetings or meetings about Labour.

But this clampdown risks constraining the movement that got Corbyn elected within an electoral party that is deeply hostile to its aims.

Corbyn’s hand was strengthened by a poll released last Sunday. It suggested that 25 percent of voters think he is turning out to be a good Labour leader.

This is significantly more than the 17 percent Ed Miliband got at the same stage of his leadership.

Some 40 percent thought Corbyn “offers a positive difference from other politicians”. And 37 percent think the media treat him unfairly.

The figures reflect the support he won through a leadership campaign offering an alternative to war, racism and austerity.

They also show he is at his strongest when defying the right, and relating to broad-based, outward looking movements.

Blairites back war in Syria to take aim at Jeremy Corbyn 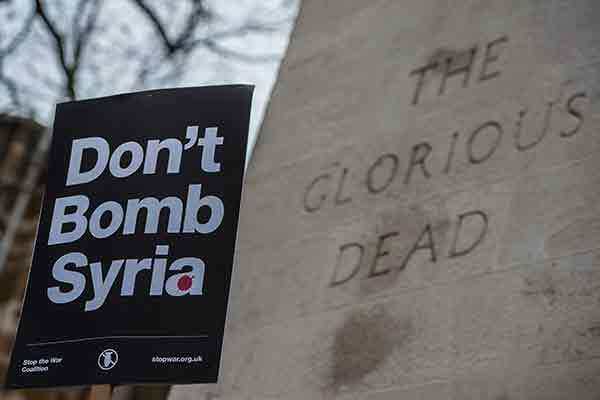