CLARE SHORT was at it again last week, attacking the left. This time she attacked those who say Labour should pay more attention to its traditional or core supporters and spend less time courting “Middle England”. Short and the rest of New Labour say without the votes of Middle England Labour would not have won the election.

And so the only way to get anything for loyal Labour supporters is to keep wealthy Middle Englanders who drive around in Land Rovers “on side”. But this is a New Labour myth.

Labour’s 1997 landslide victory was a working class vote. Manual workers overwhelmingly backed Labour, while the rich stuck with the Tories. It is not true that professionals and managers swung over to New Labour. Some 42 percent of professionals and managers-what sociologists call the “ABs”-still backed the Tories. Labour got only 31 percent. There was a “swing” to Labour within this group of 9 percent. But this was among nurses and teachers, not managers.

Nurses and teachers are included in the ABs for some bizarre reason best left to sociologists. But nurses and teachers are, according to socialists, part of the working class. An analysis by the Times Higher Educational Supplement just before the election found 60 percent of teachers were to vote Labour and only 15 percent were to vote Tory. That was a huge turnaround. In 1979, 50 percent of teachers voted Tory. The Nursing Times did a similar survey. It found 70 percent of nurses intended to vote Labour in 1997. A similar poll in 1992 gave Labour 43 percent support. These two groups alone are enough to account for the swing to Labour amongst the “ABs”.

Who is Middle England?

Geographically, Birmingham should be ideal Middle England territory. There are also a number of “key marginals”, parliamentary seats with small majorities, in the West Midlands such as Bromsgrove. Would voters in these areas be scared off by more radical or more “Old Labour” policies? It is clear from events of recent weeks, and the huge 100,000-strong march through Birmingham, that there is a simple way for Blair to pretty much guarantee those seats remain in Labour hands. That would be to renationalise Rover cars and ensure a future for the Longbridge car plant.

But instead Blair and Byers say they cannot interfere with business and the free market and there is nothing they can do except wring their hands. What about the south of England? Is this really Middle England? There were big swings to Labour in the south in 1997. In outer London there was a 17 percent swing to Labour in ten Tory seats. The south east had the second biggest swing to Labour, of 12.2 percent. Labour won seats like St Albans, Hove, Gillingham, Hemel Hempstead, Dartford, and Hastings and Rye, as well as Stevenage and Basildon. But this new support for Labour did not come from top notch City slickers or stockbrokers.

It came from nurses, teachers and groups who face long hours, stress and growing job insecurity, such as lecturers, social workers, housing officers, librarians, and the lower grades in the civil service. It is a positive shift for these groups to vote Labour. It does not mean that Labour’s vote is becoming more middle class. Take the example of white collar workers at Ford motors. There are huge concentrations of them in Essex, where Ford has both its headquarters and a research and design centre.

The research workers are highly skilled technical workers who are reasonably well paid. Many had voted Tory in the past. Yet many voted Labour in 1997, and they were involved in a dispute earlier this year where the key issue was their pension fund and their fear that a multinational company was going to rip it off. Most said being “Middle England” did not mean a damn thing to them. Their concerns were their pensions and long working hours.

Even people in “respectable” villages in the south who might reasonably be labelled Middle England are more likely to be seen demonstrating against the closure of their local Barclays bank. Middle England is an excuse. Above all New Labour does not want to ruffle the feathers of big business. Blair does not want to tax business and the rich or interfere with the market. The worst thing workers or pensioners or single parents could do would be to tone down their demands for fear of “alienating Middle England”. 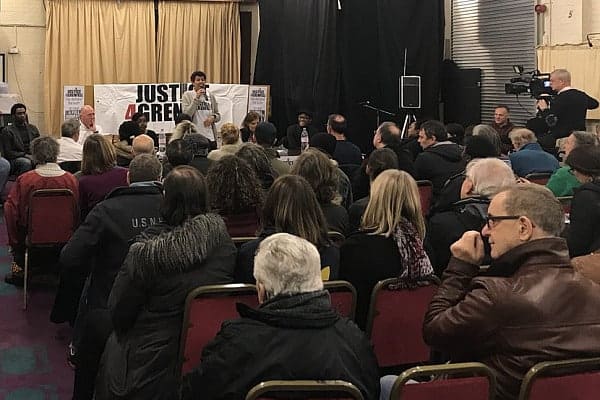 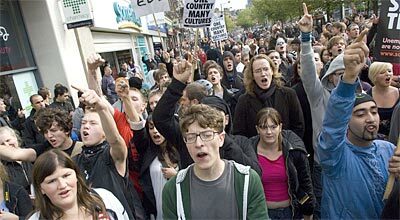