Labour should tax the fat cats

Labour should tax the fat cats

MATTHEW BARRETT is a parasite. He is raking money in hand over fist. The new chief executive of Barclays Bank has an income of 6 million a year. He is also in line for a 30 million bonus. Barrett’s “contribution” to society so far has been to shut 172 high street branches of Barclays, to throw thousands of bank workers on the dole, and to slap bank charges on people using cash machines.

The four big banks alone make over 12 billion a year in profits. That is 200 a head levied on every man, woman and child in Britain. The Tories want us to forget about the fat cats. They want us to blame asylum seekers. Hague and his rabble are trying to make out that the victims of war, famine, oppression and economic devastation are to blame for the lack of housing and decent jobs.

Yet official government figures released last week show that asylum seekers cost nothing in comparison to the amount big business steals from us. The projected cost this year for looking after asylum seekers is just 300 million out of a total public expenditure budget of 371,000 million. That works out at just TEN PENCE PER WEEK per head of the population. New Labour should be defending asylum seekers and taxing the real scroungers- those at the top of society who are living off our backs. 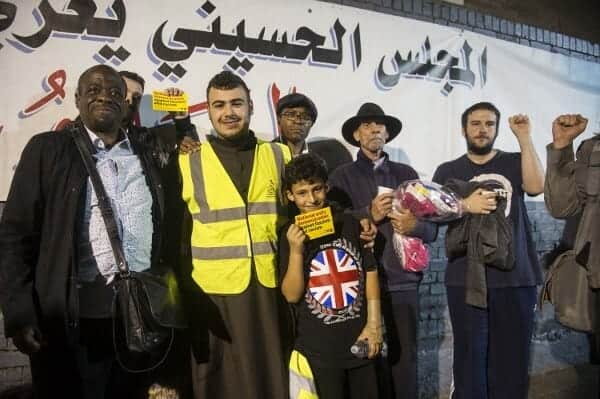 Defiance and solidarity after attack at Islamic centre