Workers at Lambeth College began a two-day strike on Tuesday of this week—and students struck in their support.

Ivan was picketing at the Vauxhall site of the south London college. He told Socialist Worker, “The mood is fairly buoyant. We feel we have no option but to strike because Silverman will not negotiate.”

Ivan said this is “discriminatory”. Striker Janet Koike added, “It is likely to affect older staff more—the most experienced.

“We’ve already had one worker who had a brain tumour and ended up on capability procedures. It’s inhumane.”

Workers struck for over five weeks in the summer against the attacks. Silverman has now promised that the new contracts won’t be imposed on existing staff.

But strikers don’t want any worker to suffer the contracts.

Ivan added, “The college is meant to value equality. But where’s the equality in giving worse conditions to some staff just because they happened to start here later?”

Strikers were bemused to see a priest going into the college. Striker Frank said, “I joked that he was here to read the last rites to further education.”

But workers do think that the attacks at Lambeth are part of a much bigger assault on further education. “People have to think about what will happen in the future if these contracts go through,” said striker Dolores.

“Some people worry about losing money now if they strike. But if we don’t fight we’ll be much worse off.”

They hope that if the attacks are a success there, it will be easier to ram through cuts everywhere.

Workers plan a three-day strike from Monday of next week.

The UCU needs to urgently throw its full weight behind the Lambeth strikers and make sure they win. 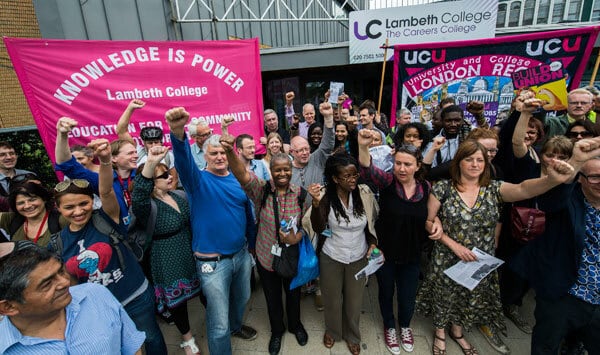 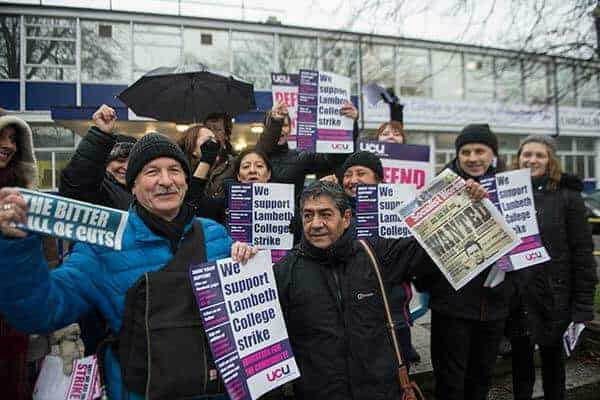