Launch of United Left in Unite

This article is over 12 years, 11 months old
The United Left, the broad left of the new Unite union, held its inaugural conference in Birmingham last Saturday. Around 200 members of the old Amicus and T&G broad left organisations attended.
By a Unite member
Downloading PDF. Please wait...
Tuesday 24 February 2009

The United Left, the broad left of the new Unite union, held its inaugural conference in Birmingham last Saturday. Around 200 members of the old Amicus and T&G broad left organisations attended.

The backdrop to the meeting could not have provided more arguments for the need for a fighting union.

Tony Woodley spoke of his frustration with the Labour government.

He said that the sacking of BMW workers had been humiliating and indicated that any further job losses would not be tolerated.

John McDonnell spoke of the need for a union that fights on the key issues of climate change, jobs and resisting the Nazi BNP.

From the floor members argued for an immediate response to the jobs slaughter and highlighted the need for campaigns that unite all workers.

The slogan “British jobs for British workers”, which was used at the recent unofficial strikes at Lindsey oil refinery, was roundly condemned.

Speakers also raised the need to support the Waterford occupation in Ireland and the TUC demonstration against the G20 on 28 March.

The United Left can help positively shape resistance if the decisions passed at the founding conference are acted upon.

For more information go to » www.unitedleft.org

lThe election for Amicus general secretary is ongoing. Socialist Worker supporters are calling for a vote for Jerry Hicks, a former Rolls Royce worker. To download a leaflet go to » www.swp.org.uk/resources/amicuselect160209.pdf 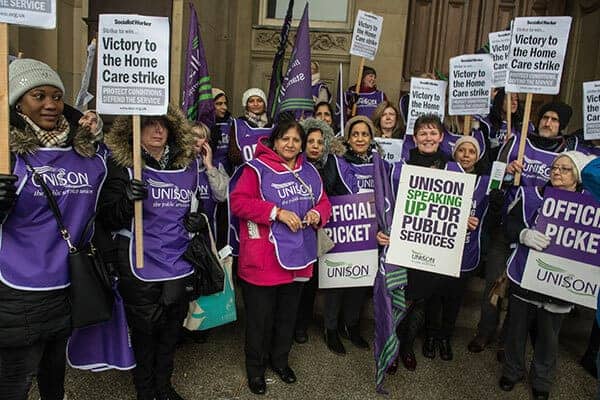