A review into police corruption in the original Stephen Lawrence murder investigation has put the establishment into crisis management mode.

Home secretary Theresa May promised a shiny new public inquiry into the role of undercover cops.

A report by Mark Ellison into the actions of the Special Demonstration Squad (SDS) in the Lawrence case revealed that it had placed a “spy in the camp” of the murdered black teenager’s family.

Information gathered by that spy was fed back to the highest parts of Scotland Yard.

Doreen Lawrence, Stephen’s mother, said, “This is the final nail in the coffin. You can’t trust them. Still to this day.”

Stephen was murdered by a racist gang in Eltham, south east London, in April 1993. A group of men were identified as suspects within hours, but it took 18 years for the Met to bring two of them to justice.

The Macpherson report, published after a public inquiry in 1998, said that the Met’s approach to the investigation had been hampered because the force was “institutionally racist”.

Ellison’s review of the case found that the Met had withheld key material from the Macpherson inquiry team.

As late as May 2012 the Met was reassuring the Lawrence family that a new review had found no evidence of corrupt behaviour and that all the intelligence had been re-examined.

There was no hint that it had been lost or destroyed.

But Ellison found that:

Former SDS officer Peter Francis said he had been deployed undercover from September 1993 and tasked to find any intelligence that might be used to “smear” or undermine the Lawrence family campaign.

The SDS used the identities of dead children and formed sexual relationships with activists to get information.

Cops trawled through photo and video evidence of a demo against the Nazi British National Party (BNP) headquarters for days in order to find Stephen’s friend Duwayne Brooks.

This led to him being arrested and charged in October 1993. A judge threw out the case.

The report describes how the Met’s review of corruption, published on current Met boss Bernard Hogan-Howe’s watch in 2012, failed to disclose surviving records or the fact that nearly all its files had been secretly shredded in 2003. 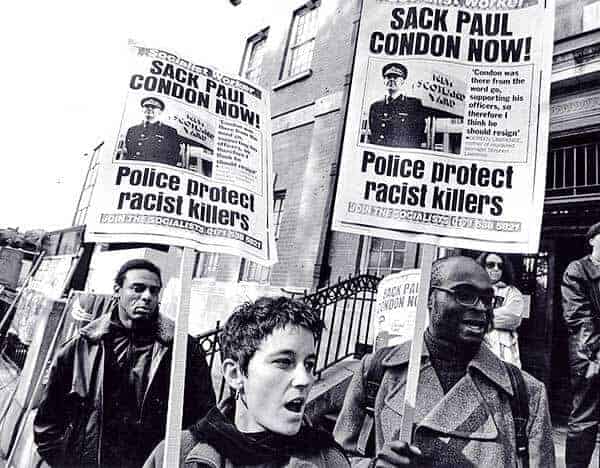 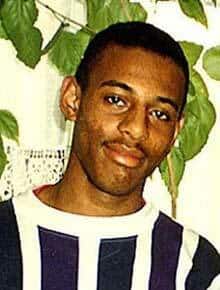