This article is over 10 years, 11 months old
Driving Standards Agency (DSA) bosses have been planning to close the agency’s Cardiff office—and move on to shut its Newcastle one.
By Matthew Cookson
Downloading PDF. Please wait...
Tuesday 25 January 2011

Driving Standards Agency (DSA) bosses have been planning to close the agency’s Cardiff office—and move on to shut its Newcastle one.

While they claimed that they were consulting with the workers’ PCS union about the office’s future, a series of emails show discussions among senior officials about their real plans to close it.

The closure of Cardiff will save just £4 million over ten years—and for this 80 people will be thrown out of work in an area of high unemployment.

The note was entitled “Announcement of the closure of the Driving Standards Agency’s Cardiff office, Caradog House”. This document has a “security marking—restricted” tab.

She wrote, “On 13 December I wrote to tell you that the review had concluded that the office should close and that I intended to tell staff the outcome on

“You asked that this be delayed while the public sector situation in Wales was considered.”

The plans go to the heart of the government. Thew writes, “No. 10 have confirmed they are content for the announcement to be made on 18 January.”

Despite management’s claim that there was a review taking place in consultation with the PCS, the union had not been informed of the closure plans—and was told just ten minutes before the official announcement.

Thew wrote to workers in the department on 12 January in response to PCS allegations about job losses and closure.

Without mentioning any definite plans she said she had “demonstrated my commitment to keeping you fully informed”.

On the same day a draft question and answer sheet was prepared for staff, going through the reasons for the Cardiff closure. It wasn’t given to the workers.

Cardiff is only the beginning, as another leaked document shows.

It outlines the agency’s “aim of driving out significant operational efficiency savings over the next five years”.

A diagram in the paper shows a triangle with the word

The paper comments, “If we can shrink each of these ‘corners’ we will be able to satisfy our leaner/smarter aspirations.”

Bosses want “to conduct tests outside of daylight hours. This would able us to extend the test day and thus to ‘sweat’ our testing estate more”.

It wants to “reduce functions in Newcastle thereafter, with the ultimate aim of (d) relocate the residual Newcastle functions to Nottingham as they decline”.

They say they are prepared to strike against these scandalous cuts, and union leaders are meeting this week to discuss calling a ballot.

Three women still due to be hanged in ‘free’ Iraq 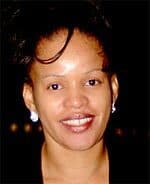