Lecturers could strike on budget day in March

This article is over 11 years, 0 months old
University and college lecturers across Britain could be out on strike on 23 March—budget day.
Downloading PDF. Please wait...
Tuesday 11 January 2011

University and college lecturers across Britain could be out on strike on 23 March—budget day.

Their UCU union is set to begin a number of ballots for action to defend jobs, pay and pensions next month.

Higher education lecturers are set to ballot in protest at their employers’ refusal to negotiate a national job protection agreement, move towards equalising pay or guarantee no pay cuts.

For lecturers in “pre-92” universities (older universities) the union is also planning to ballot against changing their USS pension scheme from a final salary one to a career average one.

If the USS board agrees the changes on 20 January, the UCU says it will begin a ballot for strikes on the same timetable as its jobs ballot.

All ballots are due to start on 2 February, meaning lecturers could strike in March.

National strikes for jobs, pay and pensions on budget day would send a powerful signal to the government.

The UCU timetable opens up the opportunity of a coordinated strike with other unions preparing for strikes over pensions, such as the NUT teachers’ union.

lA number of lecturers in the UCU Left group, which Socialist Worker supporters are part of, will stand in elections for national union positions and the national executive committee.

The elections begin in February. 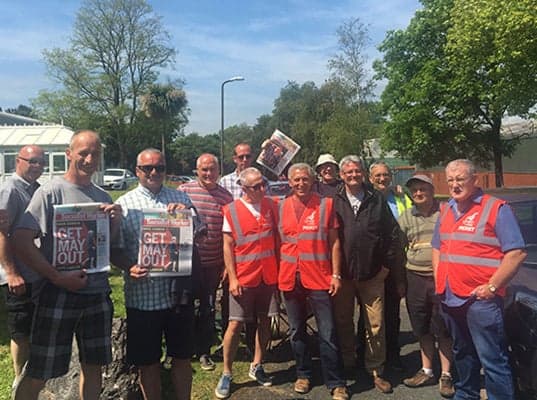 Terrible election caps a bad year for the Nazi BNP