The strike was going to be the first day of action in a rolling programme of industrial action of redundancy.

After a series of talks, and the removal of the immediate threat of compulsory redundancies at the faculty of biological sciences, the union has said all action will be suspended for up to four weeks.

At an emergency general meeting this lunchtime workers backed the union negotiators’ recommendations that three one-day strikes, should be suspended.

The strikes had been due to take place over thenext seven days. The union has the right to reinstate the action.

Workers are holding a rally at the univesity tomorrow at 12.30 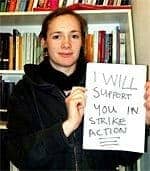 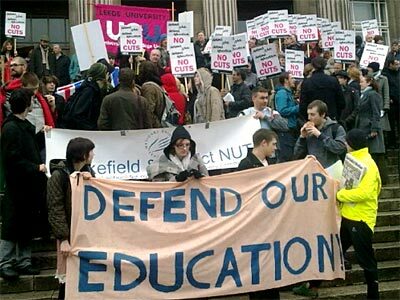 Leeds students sit in against the cuts