This article is over 20 years, 1 months old
YOU WOULDN'T know it from newspapers and TV, but across England thousands voted for socialist candidates in last week's local elections. The Socialist Alliance stood 230 candidates on a platform of left wing opposition to the mainstream pro-business parties. Consistently between 5 and 10 percent of voters cast one of their votes for the alliance.
Downloading PDF. Please wait...
Saturday 11 May 2002

YOU WOULDN’T know it from newspapers and TV, but across England thousands voted for socialist candidates in last week’s local elections. The Socialist Alliance stood 230 candidates on a platform of left wing opposition to the mainstream pro-business parties. Consistently between 5 and 10 percent of voters cast one of their votes for the alliance.

In a few areas-for example in Hackney, Wigan and Walsall-that figure increased to over 20 percent. These good results were not repeated in every ward. But in areas where there was a lively campaign the results showed that the Socialist Alliance has the potential to be a genuine left alternative. Many Socialist Alliance candidates dramatically improved on the results they achieved in last year’s general election.

There was a positive response for candidates who did not just cynically chase votes to further their careers like the main parties. The socialist candidates were working class people, black and white, men and women, fighting and campaigning for ordinary people. They stood on a platform of opposition to local cuts, privatisation and poverty. But they also stood against war, in solidarity with the Palestinians, against racism and for welcoming asylum seekers.

In Burnley, where the BNP won three seats, the Socialist Alliance got over 750 votes in three wards on a principled anti-racist campaign. In Oldham, where there was only one seat up for election in each ward, the BNP also won high votes.

‘We’ve only had a Socialist Alliance in Swindon for eight months. But since February we’ve held street meetings in the main shopping area. We talked about the need to renationalise the rail, along with the appalling state of the local bus service. We linked the libraries under threat of closure with the fact that the government can find money for war. This is a solid Labour area. But we didn’t realise just how many people detested the Labour government until we talked to people on the local estate. We tried to offer something positive for this anger. On the day we got more votes than the Liberal Democrats.’

Simon Hester got 324 votes in St Ann’s ward in Haringey, north London. He says, ‘Labour has failed and there is massive anger. This is not just over privatisation, poverty, traffic congestion and rubbish in the streets. There is a huge degree of understanding about the war and the threat to Iraq. And there is massive support for the Palestinians, which I talked about every time I knocked on someone’s door.’

SOCIALIST Alliance candidates weren’t just after people’s votes only to wave goodbye until the next election. The alliance aims to build a fighting left wing opposition to New Labour. Simon Hester from Haringey reports, ‘I’ve sent a letter to thank everyone I know who voted for me and urge them to get involved in the alliance. I also put notices in newsagents and shops thanking people.’

Everywhere thousands are crying out for a genuine socialist alternative. Be part of building this alternative. Join or get in touch with the Socialist Alliance by phoning 020 7791 3138 or go to www.socialistalliance.net

Shaking the former heartland areas up

PUTTING UP a big Socialist Alliance slate in former Labour heartlands really paid off. In Wigan in the north west of England the Socialist Alliance’s Barry Conway stood in a straight head to head fight against Labour. He got 326 votes, some 21.4 percent. Barry says, ‘We stood nine candidates overall in the area, and between us we got over 1,400 votes. On our leaflets we got quotes from local people about issues in the area such as the closure of old people’s homes. We also explicitly ran a campaign that was pro asylum seekers and anti-war. The vote here was up proportionately by 200 percent from when we stood in last year’s general election.’

There was a similar experience in Hackney in east London, where the alliance stood 13 candidates. The biggest vote was for campaigner and journalist Paul Foot. He won a vote from over a fifth of those who voted-487 in all.

Polly Matcham, who has been in the forefront of the fight against swingeing council cuts, got 356 votes-19.1 percent. And Richard Peacock, who has organised the fight of disabled people against cuts, got 327 votes.

Socialist Alliance campaigners came across hundreds of current or former Labour Party members who were totally disgusted with Blair’s right wing policies. In the London borough of Camden Alan Walter, who has been in the forefront of the national campaign to defend council housing, won 376 votes. Ex Labour member Sean Thompson got 219 votes in the Highgate ward.

Mubin Haq was one of three candidates who stood in Newham in east London, run by a Blairite New Labour council.

He says, ‘I got 277 votes from 15 percent of voters in my ward. ‘There was a really low turnout-just 12 percent in some wards-which shows the incredible disillusionment with Labour.’

Some 8 percent voted for health worker Jim Jepps in Colchester. He was standing against the leader of the Labour group on the council, Tim Young. ‘He is pushing through council housing privatisation, and his vote was decimated. He got the lowest vote of all the Labour candidates,’ says Jim. ‘Labour lost control of the council. Several left wing Labour councillors refused to stand again for election. Four prominent Labour members, including candidates, came and helped us leaflet. At the polling station two of the Labour number takers joined the Socialist Alliance.’

The alliance candidates who stood up for working people

IN WALSALL Azra Jabbar got 113 votes. She says, ‘I campaigned against New Labour’s Tory policies, against scapegoating asylum seekers, for the Palestinians and against the war. I wanted to make the link between what happens to ordinary people when they lose their jobs, for example, and what is happening in the rest of the world.’

RESULTS WERE especially good where the Socialist Alliance was well known for campaigning. That is what happened in Pontefract South, where Carol Ives received 285 votes, over 9 percent casting one of their votes for her. She told Socialist Worker, ‘We worked hard in the campaign, leafleting against privatisation and cuts in social care.

The Socialist Alliance helped organise a successful campaign last September when the Labour council tried to push through cuts. People knew us from being part of a lively campaign which held protests, demos and lobbies.’

‘I’ve got three children at the King’s Avenue school,’ Julie told Socialist Worker. Two years ago we campaigned to save the school, and I’d been centrally involved in organising big marches. There were loads of people from that campaign who knew and trusted me. We had posters and leaflets all round the school. We got staff and parents talking about the Socialist Alliance to their neighbours. After the election there was a real buzz when I went to take my children to the school. People thought it was fantastic that we beat the Tories.’ 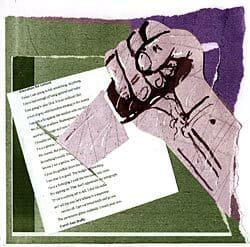