Teachers at Gateway sixth form college in were on strike today, Thursday, for the second day this week. The workers are members of the teachers’ NUT union.

The dispute with management is over the lack of consultation and imposed changes to the way teachers at Gateway are observed and assessed.

These include unlimited classroom observations and no notice of what lesson will be observed. Teachers could be deemed “incapable” after two consecutive “need to improve” grades and potentially sacked.

Strikers were out in force on a 30-strong picket line today. They are angry at being singled out and treated differently to other teachers in .

The NUT has seen its membership soar to 80 percent of teachers at Gateway – an increase of nearly 60 percent since before the start of the strike.

One striking teacher told Socialist Worker, “College management do not understand the strength of feeling about these unfair changes”.

Another striker said, “We have had enough and this is why we are out on strike”.

The strikers say they had no option but to strike as the normal channels of negotiation were closed down by management.

They said the strike is about sending a clear message to management that they will not accept the changes imposed on them.

Teachers were set to strike again on Tuesday, Wednesday and Thursday of next week. 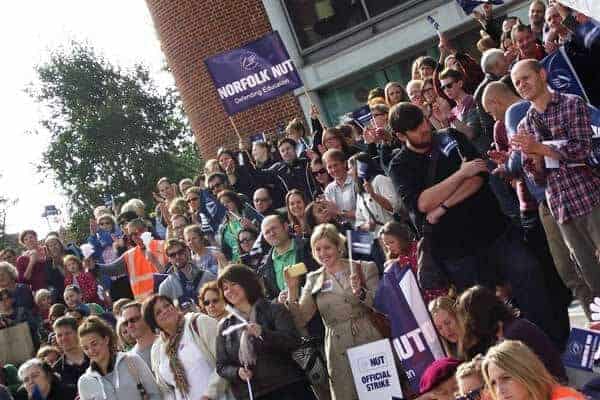