Much of it focused on what the government was doing over legislation to promote equality inside and outside of the workplace.

There was an understanding that some positive measures had been produced, for example the current legislation on civil partnerships.

But this is well short of what is needed around issues such as retrospective provision for pensions for same-sex partners.

As an NUT union delegate told the conference, to applause, “It is not enough to be the least worst potential government at the next election.”

Tens of thousands joined this year’s Pride march in London. Trade unions and campaigners got a good response as marchers welcomed a renewed emphasis on taking a political stand 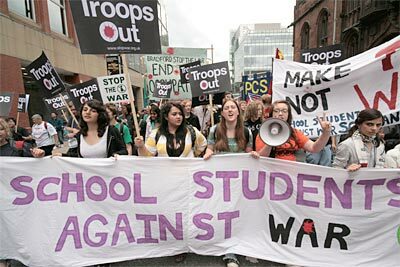