After the Olympics athletes went for gold, David Cameron and Nick Clegg were hoping some of the shine would rub off on them.

They wanted to capture some of the “feelgood factor” to boost their ailing coalition.

But it hasn’t worked. In fact more people than ever think the coalition of cutters is a political dead duck.

Only one in six people expect the coalition to make it to the next election in 2015. And the proportion expecting it to collapse within two years has doubled to 54 percent.

The polls reflect the fury of ordinary people who have watched the Liberal Democrats try to sell out the NHS in exchange for a bit of constitutional tinkering.

Cameron and Clegg may have jetted off on holiday, but they can’t leave the coalition’s troubles behind. Their rotten deals are unravelling by the day.

But it’s no use just hoping for their shabby pact to collapse of its own accord. This vicious government will try to cling on to the last. We can hit them hard if we make the TUC demonstration on 20 October absolutely massive—and use it as a springboard for a new wave of strikes.

» Alex Callinicos: Coalition fails at both its aims

» Building for the 20 October demonstration

For more on the TUC demo go to afuturethatworks.org 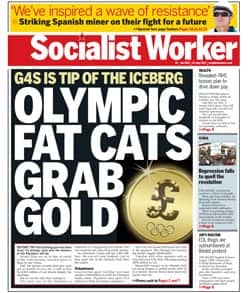