This article is over 13 years, 5 months old
Up to 150,000 council workers in Scotland were to stage a one-day strike on Wednesday of this week.
Downloading PDF. Please wait...
Tuesday 19 August 2008

Up to 150,000 council workers in Scotland were to stage a one-day strike on Wednesday of this week.

All council services, including schools, cleansing, housing, home care and libraries will be affected.

Workers in the Unison, GMB and Unite unions are holding joint rallies across the country, including in Glasgow, Paisley, Inverurie, Motherwell, Dundee and Inverness.

Workers rejected a pay offer of 2.5 percent a year for the next three years and are demanding 5 percent or £1,000 with effect from April this year.

Some 5,000 members of the PCS civil service workers’ union will strike on the same day against their 2 percent pay offer.

The bosses’ Convention of Scottish Local Authorities (Cosla), backed by both the Scottish and Westminster governments, has refused to improve the offer.

Alex McLuckie, GMB Scotland’s senior organiser, said, “I would like to think the strike will be well supported.

Dougie McPhee, chair of Moray Unison, said, “What is really eating at members is the fact that it is a three-year deal.

“It is not often that there is a united front, but on this matter there is 100 percent unity with our colleagues in the GMB and Unite.”

While there is some discussion of selective action in Scotland after Wednesday’s strike, there is also a feeling that the dispute needs to be as hard-hitting as possible.

Duncan Smith from Edinburgh Unison said, “We’ve had mass meetings to organise for picketing and people have been leafleting the less well-organised places.

“This is the first time in Edinburgh we have had united action with the other unions.

“That’s one reason that after Wednesday we need to look to the most effective sort of action involving everybody, rather than simply getting smaller groups to take selective action.

“We should look to striking at the same time as our colleagues south of the border. United effective action is the way we will win this dispute.”

lIn England, Wales and Northern Ireland, talks are continuing between local government unions and employers. Unison has launched a consultation ballot to gauge support for the next stage of action.

The consultation seems weighted towards a lower level of action than in July when there were two-day strikes. Local government workers should be arguing for more coordinated strike action in October.

Workers in England, Wales and Northern Ireland voted for escalating strike action, not scaling back the campaign to smaller groups of workers.

This is particularly the case since other public sector workers, such as the teachers and civil service workers, are moving towards striking over pay in the autumn. 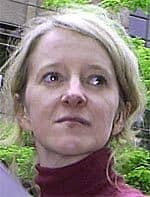 Fighting to put food on the table