This article is over 9 years, 3 months old
Marchers in London have started arriving in Hyde Park for the closing rally of the TUC’s anti-austerity march.
Downloading PDF. Please wait...
Saturday 20 October 2012

Marchers in London have started arriving in Hyde Park for the closing rally of the TUC’s anti-austerity march.

There’s a militant mood among some sections of the protest. One large group of Unison members is chanting, “Let’s all kill a Tory”. “Osborne’s throat – the only cut we need,” reads one placard.

Protesters don’t buy the Tory lies about cuts. Rob, a PCS union member from Birmingham, told Socialist Worker, “There’s no need for austerity. It was highlighted this week by Starbucks—which makes profit but avoids paying tax.

“It’s indicative of the situation. We’re fighting back against an attack on the whole working class.”

Caroline is in the Unite union from Somerset. “Things are getting really tough,” she said. “I’m marching because I’m fed up with the government spending money on the wrong things and cutting what we need.

“We should get rid of Trident and spend the money on the NHS and schools.”

Veronica, a medical secretary from Exeter, said the Tories were trying to bring in for-profit healthcare. “Those who can’t pay won’t get care,” she said. “And workers in the lower echelons will suffer the most from attacks.”

Many say there should be a general strike to stop the attacks. “We have to stick together,” said Jenny Toimie, from Newcastle GMB union. “It’s the only way this government will take notice.” 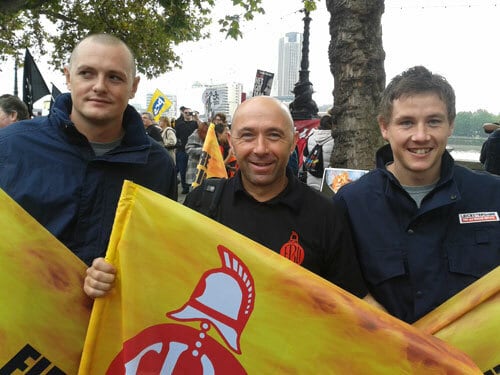 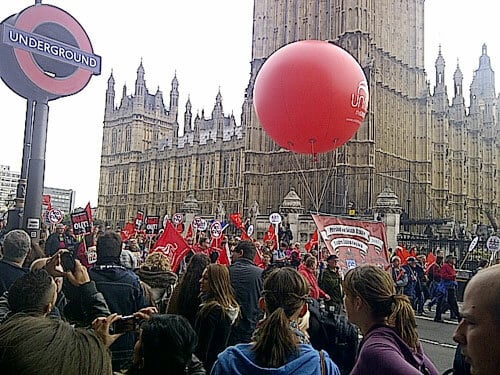