More than 150,000 people marched through London today, Saturday, in Britain’s biggest protest ever against Israel’s oppression of Gaza. They came on coaches, trains and minibuses from round the country. The march gathered outside the BBC, angry at the appalling coverage of Israel’s massacre of nearly 2,000 Palestinians.

It finished with a mass rally in Hyde Park. The march took an hour and three quarters to arrive. The park was a sea of Palestinian flags.

Today has been called a Day of Rage for Gaza across the world. Up to 200,000 also marched in Cape Town, South Africa, drawing parallels between Israel and the apartheid regime. Demonstrators also marched in Delhi. 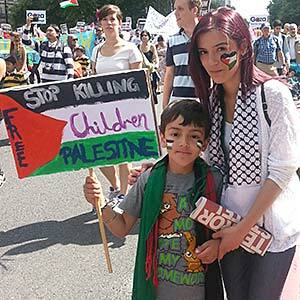 Safia Hibah from Isleworth, west London, was on the London march. She told Socialist Worker, “The story the news is telling us is different to the reality of little kids being bombed. Is the government blind to what is going on? Why do they keep arming Israel?”

There were banners from Palestine Solidarity groups and Stop the War groups. Trade union banners and flags mixed with football fans waving “Gooners” and Everton banners. Demonstrators ranged from elderly marchers leaning on sticks to children whose faces were painted with the colours of the Palestinian flag.

Ferrial Abu-rabi is half-Palestinian. She told Socialist Worker, “I’ve been going on Palestine demos for many years. But the quantity and the diversity of people make this completely different. People who didn’t even know Palestine existed are speaking out.”

Some placards simply stated the name and age of a child killed by the Israeli bombardment. Many protesters raised support for the Boycotts, Divestment and Sanctions (BDS) campaign to isolate Israel internationally.

Philipa Harvey from the National Union of Teachers spoke to the crowd as the march assembled outside the BBC. She promised the union will “stand with the people of Palestine. Schools in Gaza must become safe places again.”

Other speakers brought solidarity from unions including Unite, Unison and Aslef.

Daud Abdullah from the British Muslim Initiative said, “The resistance is alive, it’s healthy and it’s stronger than ever.

Tube worker Ollie Johns was marching with an RMT union flag. He said, “We need to stop them killing children. Trade unionists have a role to play in the BDS movement and get the word out to working class people.”

Glyn Secker from Jews for Justice for Palestine argued that Israel was created through a “tsunami of terror”. He added, “If all Jews are tarred with Netanyahu’s stinking brush the doors of antisemitism are open.

“Thank God there are hundreds of thousands of Jews who refuse to identify with Israel’s policy.”

A range of politicians, activists and performers addressed the Hyde Park rally across two hours. Among those speaking were five Labour MPS and Respect MP George Galloway.

Rafeef Zyada spoke as chair of the boycott campaign and as “a refugee from occupied Palestine, soon to be free Palestine”.

“The most important message is to David Cameron,” she said. “The British people want you to stop arming Israel once and for all.”

She also said, “Zionists tell me to my face that our people do not exist. Well if we don’t exist, who is it that you keep killing?”

PSC chair Hugh Lanning said, “It is Israel who are the terrorists, not Hamas. Let us be clear—it is not a sin to fight back, it is a right to fight back. And if you put people in a prison, they will build tunnels.”

He also called for a day of local protests across Britain on Saturday of next week to build on the day’s success. “We are building the biggest solidarity movement on the planet. Let’s keep it up”. 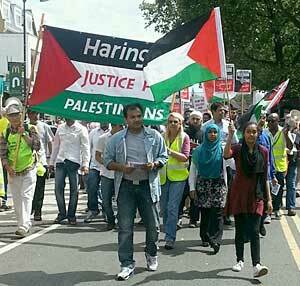 Thousands take to streets for Palestine 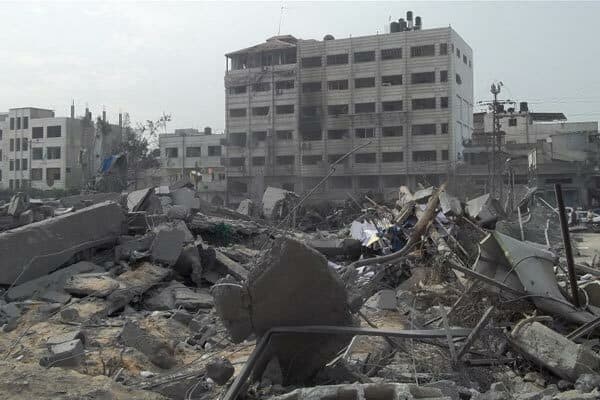 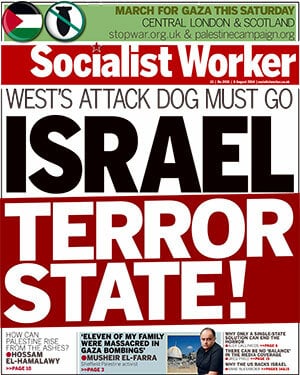 Israel, Terror State - The West's attack dog has got to go! 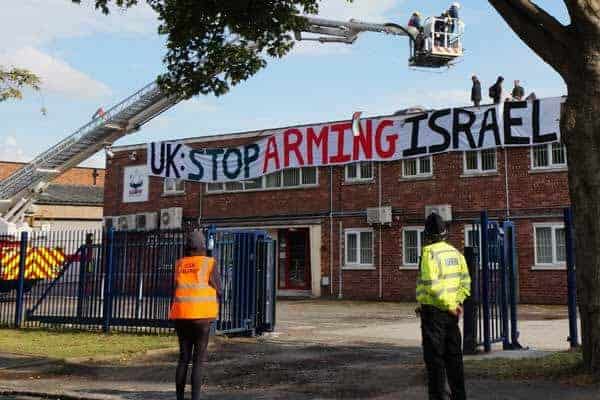 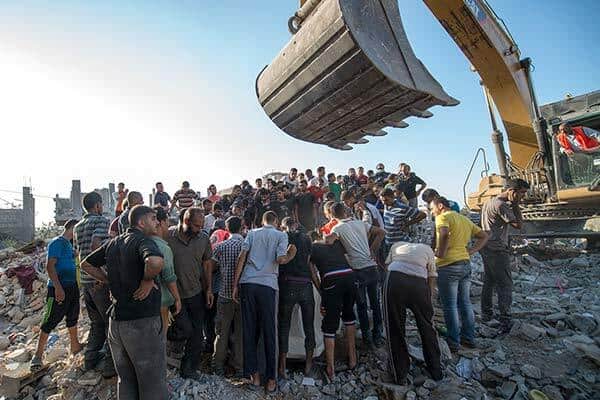 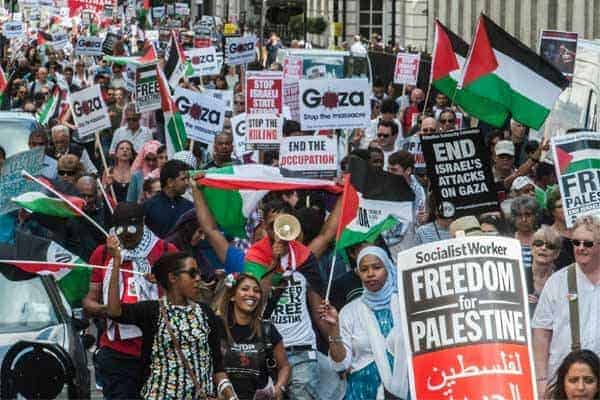 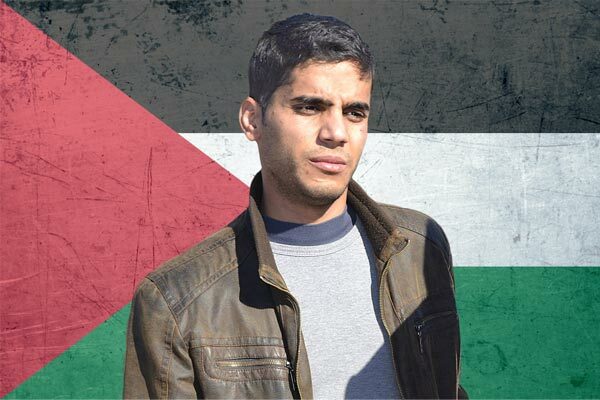