London Underground cleaners’ strike: ‘We are living on crumbs’

This article is over 13 years, 6 months old
The strike by 700 cleaners on the London Underground for 48 hours from Tuesday of last week brought to public attention the workers who keep the capital running.
By Matthew Cookson
Downloading PDF. Please wait...
Tuesday 08 July 2008

The strike by 700 cleaners on the London Underground for 48 hours from Tuesday of last week brought to public attention the workers who keep the capital running.

The cleaners in the RMT transport workers’ union are mostly migrant workers. They are proudly organising to fight for their rights in the face of their private contractor employers.

The cleaners are demanding a living wage at least £7.20 an hour 28 days’ holiday, sick pay, decent pensions and travel facilities, and an end to the practice of “third-party sackings”.

This means that cleaners can be dismissed, with no disciplinary hearing or right of appeal, at the behest of parties other than the employer.

They had also struck for 24 hours the week before. The workers, who are employed by the ISS, ITC, ICS and GBM contractors, voted by over 99 percent for action.

Some 24 out of 38 cleaners joined the picket line at Hainault depot in east London on Wednesday, turning back a supply van. A maintenance trainer is facing disciplinary action after refusing to cross the picket line.

This solidarity was an important step forward for the cleaners’ organisation – many had worked through the first strike night the day before.

Phillip Mambuliya, the chair of the cleaners’ grade in the RMT Finsbury Park branch, told Socialist Worker, “The strike has made an impact.

“Managers have been telling cleaners it is illegal for them to strike.

“The cleaners are exploited and downtrodden, and treated as if they were not human beings. People are kept in the dark about how we are treated – their mouths drop when they hear.

“I am a supervisor at Hainault depot. The workers I supervise are earning peanuts.

“I told a worker there who never smiles that we had won the vote and were going on strike. You should have seen the smile on their face. The news put light in their spirit.

“If they fall and break their leg they will not get any sick pay. We do not get the free travelcard for London like other tube workers.

“We are living on crumbs and only existing, but we want to be treated like human beings. That is why we are on strike.

“If you don’t cry out no one knows you are sick.”

Abdel Lakhana, the membership secretary of the cleaners’ grade, told Socialist Worker, “The directly employed staff do not have the London living wage. We are on between £5.50 and £5.70.

“Many workers do not have the right to refuse to do a job that threatens their health and safety. Management don’t care what kind of job they give you and will find any way they can to get rid of people who are trying to enlighten the staff.

“Every cleaner wants to participate in the action but they are facing intimidation.”

The cleaners are now discussing the next steps forward in their dispute.

Thanks to Mike Barton for additional reporting 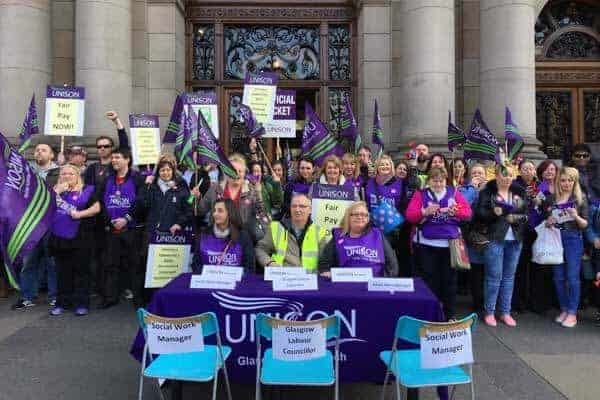 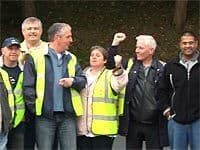