This article is over 18 years, 1 months old
THE COUNCIL employers have thrown down a major challenge to workers in the fight over London weighting.
Downloading PDF. Please wait...
Saturday 06 December 2003

THE COUNCIL employers have thrown down a major challenge to workers in the fight over London weighting.

The mayor, Sir Robin Wales, heads the New Labour council. He also chairs the council employers’ body at the heart of the London weighting dispute.

‘The council wants to take away all our union branch facilities, our offices, our telephone,’ explained Michael Gavan, branch secretary of Newham Unison. ‘It wants to scrap the three full time officers who are on secondment from their council jobs.’

The move is a crude attempt to punish the union for the strikes over the London weighting allowance.

A meeting of all Newham Unison shop stewards was set for Thursday of this week.

‘That meeting will discuss a plan of action to try and fight off this attack. We hope we will get full backing from the regional and national unions for that,’ says Michael Gavan.

The attack on Newham Unison is a challenge to the union across London.

Council workers across the capital have been engaged in a long-running battle demanding a rise in the London weighting allowance to £4,000 a year.

That fight has seen several London-wide strikes involving tens of thousands of workers in council offices and depots as well as admin and support staff in schools.

This week sees the third week of strikes involving hundreds of council workers across London-including workers at several schools in Newham.

The strikes have underlined the determined spirit of low paid council workers to win a desperately needed increase in London weighting.

In November a meeting of delegates from London local government Unison branches shied away from quickly pressing ahead with more London-wide strikes before Christmas.

Instead the meeting agreed a strategy around what it called a ‘window of opportunity’.

This amounted to getting the union’s national leadership to make a direct approach to deputy prime minister John Prescott and using the union’s link with Labour to exert political pressure on councils.

There are obvious weaknesses with this strategy.

There has been little evidence of even the agreed strategy being put into practice.

The attacks on Newham now demand a sharp and quick response. The union’s national leadership needs to throw its full weight behind Newham Unison.

This Saturday sees the conference of the Unison United Left organisation, which unites socialists from across the union.

The assault on Newham and the London weighting dispute need to be key items on the agenda.

There needs to be a serious discussion of how to win the kind of action which can beat off the employers’ attack, and win the pay battle.

There was a fantastic turnout on the picket line on Monday morning, with over 20 people picketing from before 8am.

The school was due to stay open for the week but teachers agreed not to cover the jobs of their striking colleagues and the school was shut.

A member on the picket line said, ‘Living in London on take-home pay of between £500 and £800 means that some weeks you need to decide whether to pay for food or pay the bills.’

Strikers have had a lot of support from parents. One striker said that over 60 percent were fully behind the strike. 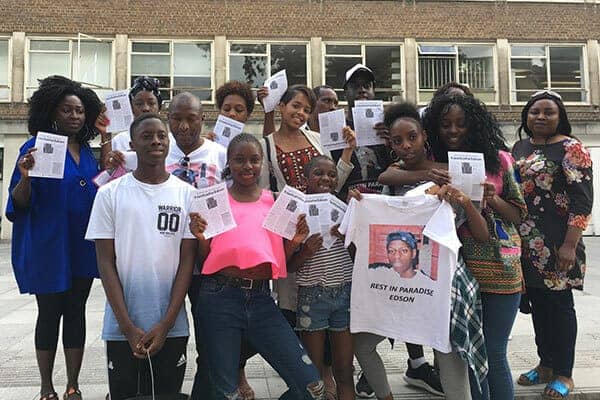 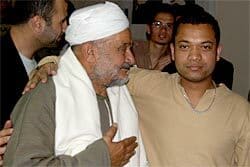