This article is over 19 years, 4 months old
\"LISTEN TO the workers!\" \"Could you live on our pay?\" These were some of the shouts which met Scottish health minister Malcolm Chisholm as his car swept into the Inverclyde Royal Hospital in Greenock, near Glasgow, on Friday of last week. Chisholm was officially welcomed by a row of suited hospital managers. But first he was challenged by a lively demonstration of over 100 angry and militant pickets, on their fifth day of an unofficial strike against low pay. The strike was continuing at the beginning of the week.
By Hazel Croft
Downloading PDF. Please wait...
Saturday 31 August 2002

‘LISTEN TO the workers!’ ‘Could you live on our pay?’ These were some of the shouts which met Scottish health minister Malcolm Chisholm as his car swept into the Inverclyde Royal Hospital in Greenock, near Glasgow, on Friday of last week. Chisholm was officially welcomed by a row of suited hospital managers. But first he was challenged by a lively demonstration of over 100 angry and militant pickets, on their fifth day of an unofficial strike against low pay. The strike was continuing at the beginning of the week.

The workers – porters, domestics, catering staff and drivers – had reached breaking point over poverty pay. Instead of waiting for their union leaders to act, they decided to take matters into their own hands.

They had been inspired by the victory the previous week of workers at Glasgow Royal Infirmary over their bosses, the giant multinational Sodexho. At its height the unofficial action has involved up to 600 workers.

Catering assistant Mari Stevenson told Socialist Worker, ‘We were just all bloody sick of low pay and empty promises from management. We had been promised talks with bosses, but they have delivered nothing. The porters decided enough is enough and walked out. The rest of us joined in. A few hours later workers at the Royal Alexandra Hospital in Paisley, which is part of the same trust, also joined the strike. All we are demanding is a minimum of £5.18 an hour for everyone. At the moment some workers get bonuses and others don’t. Some of us get just £4.46 an hour. We want equal and just pay. We’d all been watching what happened at the Glasgow Royal Infirmary. They had to fight to win, and we thought we had no option but to fight. Management didn’t think we had the guts to do it. But we’ve been a shock to their system.’

They didn’t wait for the officials

OFFICIALS IN the workers’ Unison union had promised a strike ballot in the future. But the workers weren’t for waiting. ‘We were getting desperate. There was low morale among us,’ says one of the striking drivers.

‘We knew we’d get the public behind us. We saw from Glasgow that action speaks louder than words.’ Domestic worker Alice Stewart agrees: ‘For 17 months management has been wasting our time. An official ballot will take four more weeks.’ One porter, Robert Smith, says he took home just £596 last month – barely enough to feed his children.

Nearly all the porters said they were forced to take second jobs like stacking shelves at Safeway in order to make ends meet. ‘We’re well up for fighting,’ says one striking porter. ‘Our lives are cut to pieces because of low pay and stress.’

The majority of the strikers work for the Argyll and Clyde Acute NHS Trust. But some workers at the Royal Alexandra Hospital work for private firm Initial, which runs some of the ancillary services. ‘Many of these workers have worse pay, no holiday and sick pay, and no pension rights,’ says Unison shop steward Bobby Reed.

The workers have organised angry and lively pickets outside the two hospitals which have grown bigger every day. Each day they have met to decide their next step. On every day last week workers defied warnings from their union officials and voted to carry on the strike. One Unison shop steward commented, ‘Unison’s position is that we cannot support this unofficial action. But, as you can see, the workers are not having it – this is about them organising themselves.’

‘We’ve got momentum now and most of us want to stay out,’ says Alice Stewart. ‘A few of us collected £350 in an hour in the town centre. It was fantastic.’ Around 150 workers working for Initial Services at the Royal Alexandra Hospital voted to go back to work on Saturday after Initial bosses sent letters threatening to sack every worker.

But the majority of the workers were still out on strike as Socialist Worker went to press, and were determined to continue the fight. On Monday of this week laundry workers at Inverclyde Royal Hospital walked out to join the action. And the picket line continued to be big, angry and militant. Alice Stewart says, ‘This is us, the workers, organising ourselves and showing something can be done for the NHS.’

AROUND 250 health workers say they will hold a picket outside flagship PFI hospital the Royal Infirmary of Edinburgh when it is officially opened next month.

Medical secretaries, and admin and clerical staff are furious that health bosses have delayed discussing pay and regrading.

Contractor ISS Mediclean employs around 500 staff across the city’s hospitals. The wages of many workers failed to appear in their bank accounts on Friday. Management said it was because of a ‘computer error’, but low paid workers faced the possibility of a bank holiday weekend without pay. Around 30 workers protested outside the hospital. Management refused to speak to them.

The Mediclean workforce are already embroiled in a dispute over pay, and a strike ballot is due to take place in the coming weeks. Union officials should spread the fight against low pay. 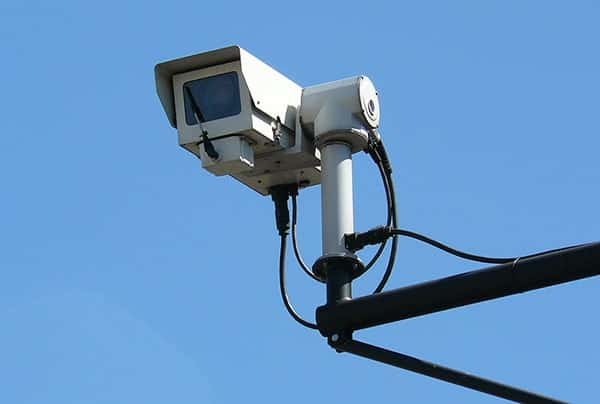