LSE students: No fees, no cuts—Occupy!

Protesters at the London School of Economics (LSE) occupied on Tuesday of last week and demanded LSE bosses lobby the government to scrap tuition fees.

On Thursday of last week University of the Arts London (UAL) students went into occupation at Central Saint Martin’s campus against course and possible job cuts.

Up to 300 people marched through the LSE campus last week then crammed into an occupation meeting. And over 100 people attended a public meeting at UAL on Monday of this week.

Victimised PCS union rep Candy Udwin spoke on the strikes against privatisation at the National Gallery.

UAL students’ union president Shelly Asquith told Socialist Worker, “The occupation has been going really well. And it’s getting bigger—lots of students and staff have come along.”

Both occupations were set to march from 2pm at LSE to the London College of Communication on Wednesday of this week. 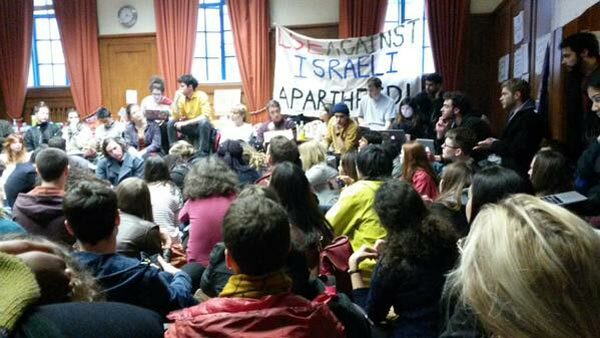