Make a stand for refugees

Make a stand for refugees

THE NEW Labour government, urged on by the Tory press, rolled out harsh measures this week in its Asylum and Immigration Act. The act is designed to make life for those fleeing war and repression as miserable as possible. Its measures include forcibly dispersing asylum seekers around the country and making them survive on food vouchers.

This witch-hunt is giving a green light to racism. Arguments over the issue are raging in offices and factories across Britain. Socialist Worker talked to three workers about how they have been tackling anti-refugee racism at work.

BRETT DAVIES is the engineers’ AEEU union deputy convenor at Abro works in Donnington in the West Midlands. He moved quickly when he found a leaflet against asylum seekers reproduced in his works bulletin. “One of my shop stewards phoned me up and said, ‘Have you seen this crap about asylum seekers in the newsletter?’ I immediately did a letter of protest to send to the editor and got copies around other stewards. “I showed it to a couple of lads I work with who had said they were disgusted by the anti-refugee article. I used facts out of Socialist Worker in the protest letter to back up my argument about the lies against refugees, and who is really to blame for the lack of housing and council cuts. I gave people who know the press are lying but don’t have the facts a copy of Socialist Worker, so they can use it to give them more confidence. One guy at work said he agreed with me. But he went on to say that single mothers didn’t have housing because asylum seekers were taking it. I said that the newspapers that are attacking asylum seekers today are the same ones that were attacking single parents 18 months ago for all the ills in society. A couple of weeks ago one bloke I was talking to said he was disgusted with the press headlines. He said to me that your National Front or BNP will look at the headlines and then think they’ve got the green light to kick the shit out of asylum seekers. But some people who can be good on nationalisation can be bad on asylum seekers. It’s a continual battle. Getting a union motion in support of asylum seekers would be a good idea. Even if I didn’t get it passed it would bring out debate. It’s important we raise it in the AEEU union because our union leader, Sir Ken Jackson, has attacked Gypsies and asylum seekers.”

“GROWING Resentment: Fears of backlash as poor families prepare for an influx of asylum seekers” ran a headline in Scotland’s Daily Record. This is typical of the press coverage in Scotland over the arrival of asylum seekers. Many refugees are being housed in flats in the Sighthill area of Glasgow.

The Nazi BNP has tried to exploit the situation by leafleting the area. But local anti-racists have started a campaign to combat anti-refugee racism. Alistair MacPhee, who works at the city’s Springburn Academy, took a “Refugees Are Welcome Here” card around the school’s staff.

He told Socialist Worker, “Refugee children are meant to be coming to my school so I wanted to make sure they got a good welcome. Most of the staff, around 70, have signed the card so far. I thought I would start with the cleaners first, and they were really good. Now those that have signed it include teachers, dinner ladies and janitors. One member of staff has said she will take it for the kids to sign. You do get arguments about beggars, but if you put the argument you can win it. I thought it would be hard to get people to sign but people have been really good. Many people are saying they are disgusted by the press coverage and that it’s been a lot of rubbish. When the BNP leafleted our area people were outraged.”

BILL Ashcroft works on the railways and is based in west London. “At work I get arguments from working class blokes who can’t afford to buy a house in London and who then blame refugees. They say, ‘I can’t get a council house, but if I was a refugee I’d get one.’ “It’s all the Sun and Mail arguments, and it reflects people’s lack of confidence. I recently found an anti-refugee leaflet lying about in the mess room. Some people thought it was just a joke, even some of my black workmates. But my line is that people have to understand where it is coming from. I started with the black workers and explained to them that attacks on refugees are racist. After I had been through the argument one said, ‘You’re right, Bill.’ I said to people that the leaflet was attacking minorities when it should have been attacking the bosses. Some workers don’t have the information so they fall for the idea that there’s not enough to go around. To people who talk about aggressive beggars I say, ‘Why do you think these women are begging in the first place?’ Socialist Worker is key. I’ve got a steady crew of paper buyers who will argue what we say. You’ve just got to keep banging away. You can have the argument with someone. The next day they’ve still got half of what you said in their heads, but they’ve got the latest rubbish from the Sun as well.”

“Asylum seekers get special treatment.” A refugee family of two adults and two children get 90.80 a week. A similar “British” family on benefits get 129.70 weekly, plus child benefit (which asylum seekers are not entitled to).

“They are all bogus.” Before the Tories tightened asylum laws, 87 percent of applications were found to be genuine. Today around 35 percent of asylum applications are granted. This figure rises to 54 percent after people have appealed.

“There is no room for asylum seekers.” There are 772,300 empty houses in Britain. Private landlords and speculators own 636,000 of them. These should be opened up to all.

THIS union branch/community group believes: (1) The Tories and sections of the press are playing the race card against asylum seekers. Disgracefully, this New Labour government is pandering to this scapegoating and even encouraging it. (2) This is leading to an increase in racism across Britain. (3) Asylum seekers have the right to come to Britain. They should be welcomed here. (4) Asylum seekers are not a drain on society. Britain is a rich country. This government should be taxing the rich to provide for all those who need help, whether they be asylum seekers, the elderly, the sick or the poor. (5) Labour should be welcoming refugees, arguing in their defence and resisting attempts by the Tories or their press to scapegoat the vulnerable. We therefore pledge our active support for refugees sent to our locality. (6) We support any anti-racist campaign that defends the right of refugees to come to Britain. (7) We resolve to back campaigns supporting asylum seekers by donations, by publicising and attending any protests, and by making our support for those under threat known to the Home Office. 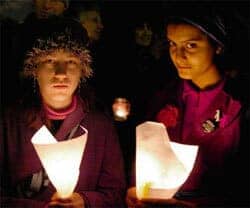 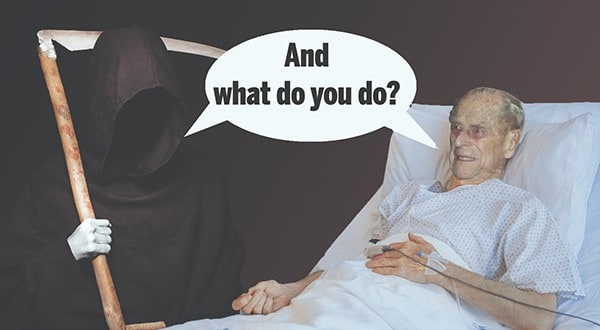