This article is over 4 years, 8 months old
By Mike Killian
Downloading PDF. Please wait...
Tuesday 16 May 2017

The Unite union members were striking for pay parity with other housing workers employed by private contractor Mears.

Unite steward Billy Sinclair told the strikers, “This is our day—they’ve shit on us for eleven long years and they’re denying responsibility.

“We want our money and we want this sorted fast.”

Housing campaigners in Haringey, north London, are set to hold a protest on 20 June on Turnpike Lane against the council’s disastrous plans to demolish seven estates in the borough.

The redevelopment project is being planned jointly with the property developer Lendlease through a special purpose vehicle, the Haringey Development Vehicle.

For more information on the campaign go to stophdv.com
Topics Haringey, Housing 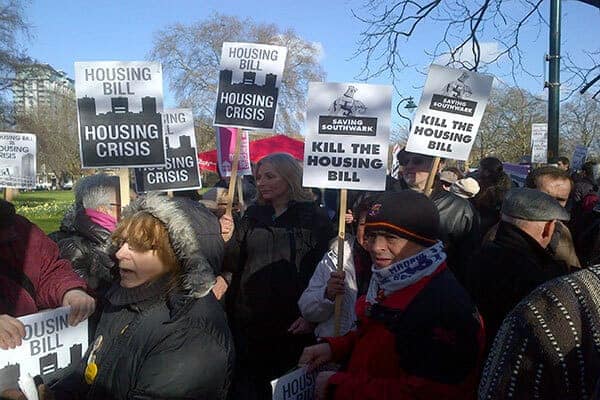