He died in March 2011 after calling police for help after being threatened while out walking with his son.

Police sectioned him under the Mental Health Act.

Three days later he died at the Queen Elizabeth hospital.

Four cops have previously been arrested and bailed on suspicion of manslaughter. 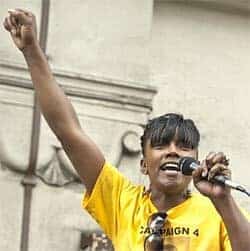 Kingsley Burrell's family vow to fight on to get justice