This article is over 16 years, 10 months old
From across Britain and from Europe they came in their hundreds and then their thousands to the Marxism 2005 event.
By Chris Bambery, editor Socialist Worker
Downloading PDF. Please wait...
Saturday 16 July 2005

From across Britain and from Europe they came in their hundreds and then their thousands to the Marxism 2005 event.

The first day had to be cancelled after the tragic bus bombing took place yards from where we were to meet. But by 10am on Friday morning 1,000 people gathered to hear Tony Benn, Stop the War Coalition convenor Lindsey German, Respect MP George Galloway and Portuguese Left Bloc MP, Ana Drago, give their reaction to the bombings.

At the start we held a minute’s silence for all those killed in London, Iraq and Afghanistan.

By Friday lunchtime, as more and more people made it to central London, the full agenda was up and running. In the late afternoon stewards were already having to turn people away from jammed meetings.

On Saturday a packed Logan Hall gave an emotional greeting to George Galloway after he had said what needed to be said about the bombings in parliament.

With nine other meetings going on at the same time the biggest gathering of the left in Britain and Europe was fully under way.

That evening we joined many others in a powerful vigil organised by the Stop the War Coalition, CND and the Muslim Association of Britain yards from the bus bomb site in Tavistock Square.

By then tube, health and other emergency workers who had had to deal with the results of the bombings were coming to take part in discussions.

Naturally people wanted to talk about the bombings but other issues re-emerged quickly as they wanted an assessment of what the G8 package offered Africa and what the Gleneagles and Edinburgh protests had achieved.

The fact that some 4,000 people made it to central London in the wake of the bombings and with most having been in Scotland protesting against the G8 just days before shows a enthusiasm for ideas and change that was evident wherever you turned at Marxism 2005.

On a personal note, my highlight was the meeting held to discuss our reaction to the French referendum vote.

The new forces of the European radical left — from France, Germany, Italy, Portugal and England — came together to begin mapping out a common vision of an alternative Europe of peace, justice and liberty.

What lies behind UKIP’s success? 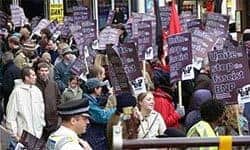 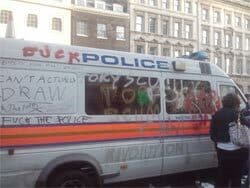 Support grows for soldier who spoke out against Afghanistan war