Over 2,700 people gathered in central London for the Marxism 2015 festival last weekend. They included striking workers, students, campaigners and socialists from across the globe.

Up to 900 people attended the opening rally. Amy Leather from the central committee of the Socialist Workers Party (SWP) said, “The theme of Marxism is ideas for revolution—we need to make those ideas a reality.”

Events in Greece dominated the event (see below).

At a meeting on class Joseph Choonara argued that people feel more precarious than they are and that the working class can transform society.

A debate on why there are so few strikes in Britain looked at whether there has been a structural change in the working class. Some argued that focusing only on structural changes could miss underlying shifts in workers’ mood to fight.

There was a live link-up with a US McDonald’s worker. Members of Glasgow socialist choir—Unite, Fight, Sing—finished the meeting with a song from the US fast food strikers’ picket lines.

The Glasgow strikers raised around £1,000 for their strike fund over the weekend.

Fighting racism was a big theme.

Hassan Mahamdallie spoke on the frightening rise in state Islamophobia.

Veteran anti-racist Darcus Howe launched his memoirs at the event. Diane Abbott MP discussed how to take on racism with Sabby Dhalu and Weyman Bennett from Unite Against Fascism.

It was standing room only in a meeting on how socialists should vote in the European Union referendum.

Some argued for a Yes vote because racists and Ukip are likely to dominate the No campaign.

Others said socialists shouldn’t abandon the No side to the racists—and said some on the Yes side would also use racism.

A meeting on why Labour lost saw a discussion on how socialists should respond to Jeremy Corbyn’s candidacy for Labour leader.

Other meetings debated the nature of Zionism, women’s oppression and the Green Party. Many service users discussed their experiences at a meeting on Marxism and mental health.

Several meetings debated how Marxist theory applies today. Others linked theory with struggles—such as how the school system fails children.

A meeting on revolution and counter-revolution in Egypt grappled with the crushing of the hopes of 2011. People called for protests when Egyptian dictator El-Sisi visits Britain.

There were a number of meetings on Palestine, including one on the Boycott Divestment and Sanctions (BDS) campaign.

Some 70 students met for a picnic on Friday afternoon.

Many were at Marxism for the first time, including Iona from Brighton University.

She told Socialist Worker, “I came because I want to get more politically active. There’s no other event like this—I love it.”

Socialists from Greece spoke about the struggle there and debated the best way to take it forward.

Stathis Kouvelakis from the central committee of Syriza, the left party in government in Greece, debated Alex Callinicos on Saturday.

This followed Syriza passing an austerity deal through the Greek parliament.

Stathis argued that there had been a “failure of political strategy” in Greece.

Alex stressed that this was not the end of the battle and said the mass mobilisation of workers pointed to the way forward.

Panos Garganas, editor of the Workers’ Solidarity newspaper in Greece, spoke from the floor.

He said, “The game is not over. But we have discovered the referee is against us.”

He said Syriza had made the mistake of thinking it could make the bosses see reason.

“Now we have to use workers’ power in the workplace.” 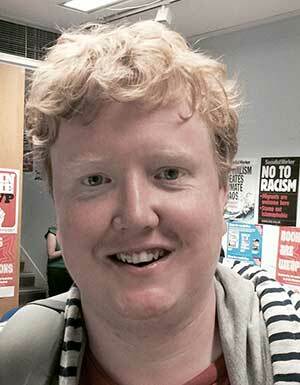 “This is my first time at Marxism and it’s been great. You’re spoilt for choice with the range of meetings.

“I voted for New Labour but I’ve come to see them as Red Tories. I was looking for a party that represented what I believe in—and I joined the SWP.”

“I like the fact that people from a lot of different unions and backgrounds are here.

“And people aren’t trying to push their opinions on you— they’re trying to educate you.”

“I’m discovering more about left wing politics and the SWP in particular.

Hopefully the energy of the event will spur me forward. It’s made me feel quite invigorated and powerful.

“I was never particularly active because I never felt powerful before. Now I want to go back to work and get people there on side.”

“I thought it was great. People are not talking at you but with you, and that isn’t common.

“The discussion has people from all different backgrounds.

“I think it’s a great festival and everybody is so friendly.” 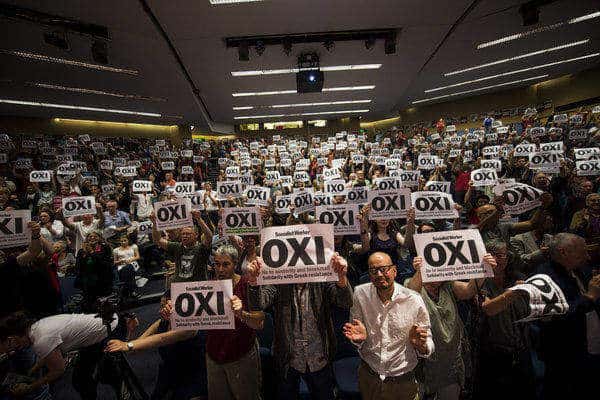 Marxism 2015: new mood of resistance on show at opening rally