This article is over 9 years, 8 months old
The campaign to get a socialist voice back into Preston’s council chamber is heating up.
By Siân Ruddick
Downloading PDF. Please wait...
Tuesday 24 April 2012

The campaign to get a socialist voice back into Preston’s council chamber is heating up.

Michael Lavalette, who is standing as an independent candidate, is running against the incumbent Labour candidate in the city centre ward.

Michael was a councillor in the ward for eight years, but lost last year’s election by around 100 votes. Activists have vowed not to let that happen again.

He is standing on a clear anti-cuts programme and against the attacks on public services.

As a lecturer at Liverpool Hope university he has spoken out on the introduction, then the tripling, of tuition fees.

This message chimes well with students in the ward who are already suffering cuts to their courses.

There was mass canvassing by campaigners over the weekend which saw activists knock on doors across the ward.

Support for Michael is high, with many people on the doorsteps and streets saying they are glad to see him standing again.

Michael told Socialist Worker, “This election is about the cuts, but it’s also about political representation for ordinary people. We set a good record when we were elected last time.

“We had stalls in the ward so people could come and discuss their problems.

“We put out newsletters keeping people up to date with what was going on locally and decisions the council had made. We had surgeries so people could come and chat.

“Labour started doing some of these things across the city when I had a seat on the council.

“That shows what a difference one left wing councillor can make. But they have done none of that in the past year and we want to bring those things back to the ward.”

The Labour Party is rattled by Michael’s campaign. It has tried to mobilise all its councillors and supporters in the area to cling on to the seat.

But people from Preston and the surrounding area have rallied to Michael’s campaign.

Ismail has lived in Preston all his life. He told Socialist Worker, “I support Michael because of what he has done for the community up until last year. He is a selfless individual and he stands for what I stand for.

“His anti-war position and his support of Palestine are issues that I and many other Muslims are passionate about.

“The austerity measures by the current government affect a lot of working class people like myself.

“Michael has always been helpful to my friends and family who live in the ward.

“He never says no to helping people.”

Ismail also helps the campaign by going to households with Gujarati speakers. He said, “In the ward there are some people who don’t speak English as a first language.

“It’s important that these people hear what the campaign is about and being able to speak to them in their own language helps in raising awareness.”

People will be campaigning for Michael right up until election day next Thursday.

How you can support Michael 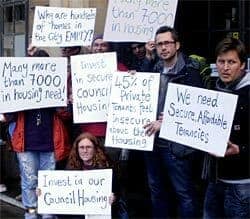 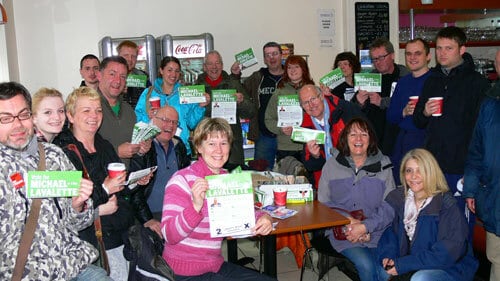