This article is over 16 years, 8 months old
Is the Holocaust a unique event or should all acts of genocide be commemorated with a day of remembrance? asks Michael Rosen
Downloading PDF. Please wait...
Saturday 01 October 2005

When it was created, I remember writing in Socialist Worker that it seemed like a good idea, but it was really a matter for us at local level to make it ours.

I was trying to amalgamate two irreconcilable ideas — local activism and state-sponsored action.

State commemorations appear to us as if they are neutral — remembrance days for the war dead, Martin Luther King Day and the like. At first glance, they are moments of consensus when people agree that we should remember some people with regret or gratitude.

But they are not quite as neutral as all that. They give politicians, no matter how much blood is dripping from their hands, a chance to parade in front of us as decent people.

I can understand why, say, survivors of the Arctic convoys during the Second World War, Jamaican airmen, or indeed relatives of Jewish victims of the Holocaust might want the British state to announce in public what happened.

After all, the state rewards all kinds of butchers, oppressors and hypocrites with gongs, so why shouldn’t the state do the opposite and commemorate ordinary people’s disasters?

The problem is that it makes these sacrifices compete for attention. It’s as if the disasters or acts of courage have to present themselves at a court and say, please your majesty, can I have a day too?

Then, when this or that group succeed, they appear to have become more privileged than another group. I think this is what has happened to Holocaust Memorial Day.

Just think how different it would have been if a group of survivors, friends and interested people had just said, “We ourselves will make a day for remembering the Holocaust.”

Then, no other group would feel that somehow their disaster was put in the shade or underprivileged by the event.

But it didn’t happen that way. So, should we go along with this state sanctioned day? Or go with the idea of having a Genocide Day? Or should we stay out of the argument altogether?

The Holocaust Day lobby say that the attempted genocide of the Jews was different from any other human event. That’s why there should be official recognition.

Pre-Nazi Germany was a modern, liberal democracy which seemingly turned overnight into a regime that nearly succeeded in the complete elimination from Europe of an unarmed ethnic grouping simply because they were that ethnic group.

This required turning over sections of the state machine and industry to doing it. The rest of the world appeared either to not know this was going on, or if they did, they didn’t do anything about it.

But what of the other victims of the Nazis? Why ignore them? There’s an argument for saying that the Gypsies were the only other group who suffered that exact fate.

Other victims have their own nation states to commemorate their disasters, but, yes, there’s every reason for the Gypsies to feel, yet again, excluded, ignored and downgraded.

What about the other genocides which are related to events or people in this country? The British were involved in the extermination of millions of indigenous peoples of Africa, Australia, America and Ireland.

Some say that the historical reasons for these terrible exterminations were from a past epoch, so perhaps the political urgency to create a special day has diminished.

But there’s no doubt that it’s becoming increasingly difficult for people to see why such a massive series of events as, say, the slave trade should not have the status of a state sponsored day too.

It starts to look as if there is a league table of disasters and that one set of victims is more important than another, rather than a political point being made, that it was one particular kind of modern nation state politics that is such a warning to us today.

After all, you might say, modern Western nations could easily support some kind of neo-Nazi party that turns on one of its minorities, but these nations don’t do that old imperialist thing and barge into other people’s countries anymore and wipe out hundreds of thousands of people.

Or do they? And this is the problem. The very same people who sponsor Holocaust Memorial Day have also overseen the sanctions, bombings, round-ups and occupation of Iraq.

I’m coming to the conclusion that the debate over Holocaust Memorial Day is one we should stay out of.

Instead, we should take matters into our own hands. An “umbrella” group could organise a day on which we commemorate all the civilian victims of armed force.

Then we could openly talk of the similarities and differences between terrible events. Instead of league tables of suffering we could express solidarity between peoples, and work towards eliminating the reasons for mass murder. 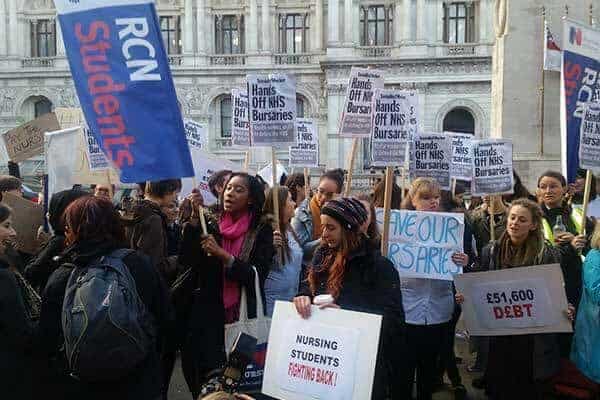