This article is over 15 years, 7 months old
Mikey Powell died in the early hours of 7 September 2003 after being struck by a police car, hit with a baton and sprayed with CS gas in the Lozells area of Birmingham.
Downloading PDF. Please wait...
Saturday 03 June 2006

Mikey Powell died in the early hours of 7 September 2003 after being struck by a police car, hit with a baton and sprayed with CS gas in the Lozells area of Birmingham.

According to police officer Gerrard McManus – who is not on trial – Mikey was “slightly strange” and “didn’t make a lot of sense” after being apprehended in an alleged routine stop and search operation hours before his death.

The prosecution allege that Mikey Powell, a 37 year old factory worker, was assaulted and restrained with excessive force before being taken under arrest from his mother’s home to nearby Thornhill Road police station. He was later rushed to City hospital where he was pronounced dead.

During the trial a recording was played of a frantic emergency call from his mother, Clarissa, to the police when she pleaded with the police, “My son is chopping everything up in the house. He has a hammer. Please hurry.”

The court was told that Mikey had a history of mental illness and drug use.

Testimony was heard from his GP, Prema Iyengar, who explained that she had seen Mikey just days before his death when he exhibited behaviour that was reminiscent of an earlier mental breakdown. But she denied that his condition required treatment.

Mikey’s sister Judith also gave evidence, tearfully explaining how her boyfriend managed to subdue Mikey as the officers arrived on the scene in Wilton Street, Lozells. She denied that her brother was violent with the officers or displayed any behaviour indicative of mental illness.

During cross examination, David Mason, defending one of the officers, asked, “Because of his mental illness, he was being unusually and unnecessarily violent, wasn’t he?” She denied this.

The jury also heard evidence from neighbours who witnessed the scene. One neighbour appeared to back the police account of what happened, while another described events closer to those claimed by Powell’s family and friends.

Mohamad Hussein Jafari, watched events from his front room. Speaking through an interpreter, he told the jury how he became very frightened as he watched “an aggressive” Powell attack a police car.

Jafari thought Powell was holding a gun behind his back as he approached the patrol car, but did not see the vehicle knock him down. The two officers inside the vehicle, PCs Timothy Lewis and David Hadley, also have said that they believed Powell had a gun when they accelerated towards him.

Jafari also alleged that Powell was restrained for “maybe one or two minutes.” He later amended that to “about ten to 15 minutes.”

David Mason QC, representing PCs Lewis and Hadley, asked Jafari, “Was it frightening when you looked out of the window?” He replied, “It was very frightening, correct.”

Mason continued, “Would you agree with this – that the man breaking the windows was a very aggressive person?” Jafari answered, “Yes, he was a very angry person.”

Another witness, Minh Le gave a different account of what happened. He did see the car strike Powell and insisted Mikey Powell was holding his hands by his side, not behind his back.

Le also contradicted the officers’ version of events by claiming Powell was restrained face down on the ground by several officers even after the van had arrived. 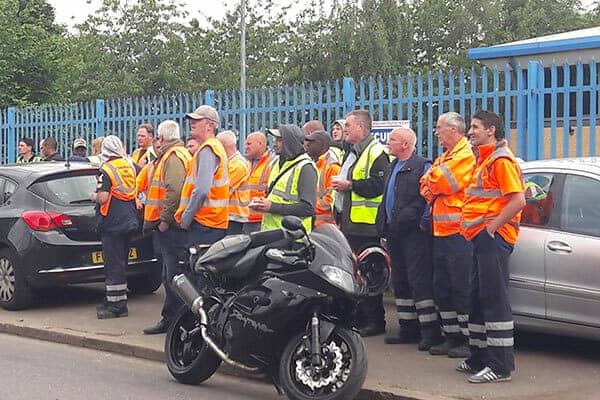 Refuse workers' strike calls out the council's trash in Birmingham

Birmingham workers vow to strike to save jobs 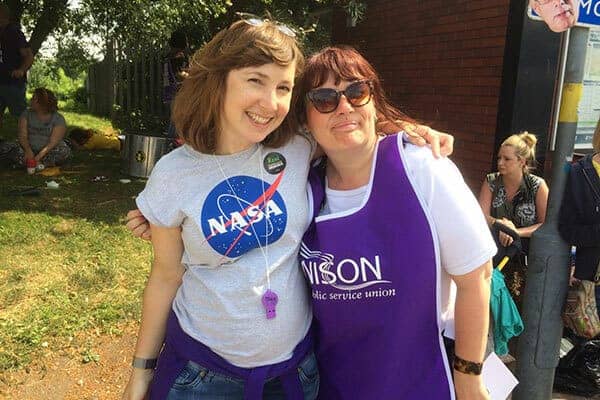 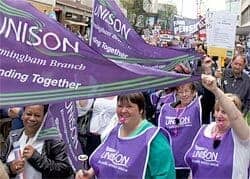