Western leaders should be in the dock too

FEW PEOPLE in Serbia shed any tears for Slobodan Milosevic, the former Serbian leader extradited to Holland last week. And rightly so. Milosevic is guilty of war crimes. But so too is NATO through its bombing campaign in the Balkans two years ago. And at key points over the last decade it was the West which helped Milosevic hold on to power.

Western governments will not be on trial for the bombs they dropped on civilians. Nor have they allowed the people of Serbia, who toppled Milosevic last October, to bring him to justice. European Union researchers estimate that NATO’s bombing wrought over $30 billion of damage to Serbia.

Western governments have refused to make good that destruction, even after people in Serbia overthrew Milosevic. The EU and US governments also threatened to hold back a limited aid package last week if Milosevic was kept in Serbia to stand trial there. Milosevic’s trial could become an embarrassment for the West, even though it takes place before a privately funded tribunal which is explicitly prevented from considering the West’s role in the Balkans.

Milosevic’s lawyers say they will call a string of Western diplomats to confirm that they signed secret deals with him in the early 1990s.

The US special envoy to the Balkans at the time, Richard Holbrooke, is already on record as saying that Milosevic is “a man we can do business with”. Western powers were happy to back Milosevic in the early 1990s when he appeared to be acting in line with their interests in the Balkans. The West, and the US in particular, has also backed dozens of regimes around the world every bit as murderous as Milosevic’s.

Over 200,000 people were murdered by government death squads in Guatemala over a 30-year period. Most people were killed in the late 1970s and early 1980s when US assistance to the right wing government in the Central American country was at its height.

US multinational Chiquita, formerly known as United Fruit, dominates banana production in Guatemala and worked hand in glove with the death squads. Politicians and officials directly responsible for some the worst massacres in Latin America are now in the Guatemalan government. The US state is determined that its allies and representatives are not “brought to justice” by anyone else.

George Bush’s government is busy wrecking moves to set up an international criminal court, which could in theory indict US personnel. The only tribunals it wants are those set up by the West to try people they have fallen out with.

THE NATO Balkan bombing campaign two years ago accelerated the violence in Kosovo and was itself a war crime. Fighting between Serbian forces and the Kosovo Liberation Army led to 33,000 people a month fleeing Kosovo in the three months before the bombing started.

During the bombing that figure leapt to 250,000 a month, according to a 900-page report by the Organisation for Security and Cooperation in Europe. The rate of killing in Kosovo increased fivefold after NATO started bombing. Most NATO bombs did not hit military targets.

NATO deliberately targeted civilians. Newsweek magazine reported 18 months ago that “air power was effective in the Kosovo war not against military targets but against civilian ones.”

Deliberately targeting civilians, or even recklessly endangering them, is a war crime under the Geneva convention. It is also a war crime to use poisoned weapons. Only one side did that in the Balkans-NATO, with its depleted uranium shells.

GEORGE BUSH Senior Vice-president when the US invaded the small Caribbean island of Grenada in 1983. The attack was so unjustified that even Margaret Thatcher condemned it.

The US also supplied arms to the right wing Contra forces in Nicaragua throughout the 1980s. The CIA mined Nicaragua’s harbours to scare international shipping away from the country which had thrown off a pro-US dictator.

In January 1991 Bush, by then US president, unleashed operation Desert Storm against Iraq, ordering thousands of bombing raids which killed tens of thousands of civilians and conscripts.

HENRY KISSINGER US president Richard Nixon’s Secretary of State in the early 1970s. He helped General Pinochet oust the democratically elected government of Chile in 1973. Pinochet murdered thousands of people with US support. Between 1969 and 1973 Kissinger and Nixon fought a secret war against Cambodia, one of the poorest countries in the world, as part of their drive to crush Vietnam.

The US dropped over three times more bombs on Cambodia than the total it dropped on Japan during the Second World War.

Sharon sent right wing Lebanese death squads into the camps. The death squads slaughtered up to 2,000 men, women and children within hours. Israel is a key ally of the US. Sharon is now its prime minister.

The Indonesian army invaded East Timor in December 1975. US president Gerald Ford and his Secretary of State Henry Kissinger were in the Indonesian capital, Jakarta, the day before the invasion. Over the next two decades Suharto’s troops wiped out 200,000 East Timorese people-a third of the population. Western leaders courted Suharto right up to his overthrow in May 1998.

ABOUT 70,000 Albanians had fled from Macedonia to neighbouring Kosovo at the beginning of this week, according to United Nations officials. Two years ago Western politicians wrapped themselves in the suffering of Kosovo’s Albanians to justify their war against Serbia. News crews and journalists sent back heartrending pictures and stories of people trekking through the mountain passes from Kosovo to Macedonia.

Where are the pictures now of people going the other way? Up to the beginning of this week there had been none. Not one. No crocodile tears from Blair and Bush, no press frenzy on the border.

What opponents of NATO’s bombing said at that time is again being proven true. The only concern the Western governments had for the Albanians was to use their suffering as camouflage for military intervention in the West’s interests. The EU and NATO are presently not looking to intervene directly against the Macedonian government. So they are playing down the suffering there. And the fact that fighting is taking place there at all is a savage indictment of how NATO and the West are bringing the very opposite of peace and prosperity to the Balkans. 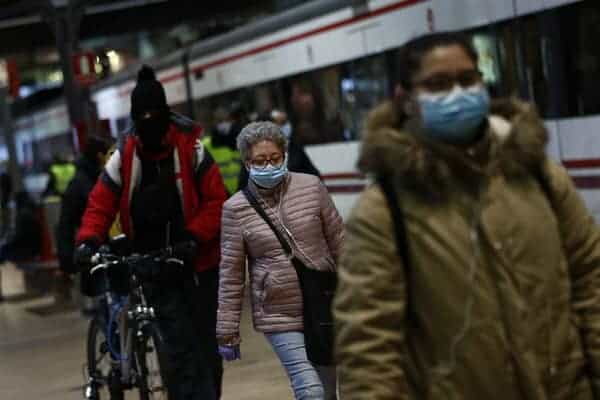