THE PROTESTS outside the Miss World contest at the Dome last week highlighted a debate over sexism. The Miss World contest is not harmless fun. It is a celebration of sexism-of ideas and attitudes that represent women purely as sex objects. In tabloid newspapers, TV shows and men’s magazines women are pictured half naked for men to ogle.

Women in the media are still judged by how they look. The “New Lad” culture champions lewd behaviour towards women and regards women as things to leer over. And every day women’s bodies are cynically used to help sell everything from cars to chocolate.

But, some argue, aren’t women being sexist if they look at men in the same way? If women look at semi-clad men in magazines or see a male strip show, as in a film like The Full Monty, aren’t they just doing what men do? There is a big difference. Women being viewed as sex objects is deeply structured into wider society.

Degrading images of women reinforce wider ideas in society that women are inferior to men. And it is not just a question of ideas and attitudes. Women make up nearly half of the workforce. Yet a full time woman worker only gets on average 58 for every 100 a man earns, according to the government’s Social Inequalities research this year.

There may be some women with prominent roles in society today, but women overall are still made to feel that their main role is to have children and a family. The family is still the key way that the next generation of workers is brought into the world, with the parents bearing the brunt of the massive costs of bringing up the kids.

None of this means that attitudes to women have remained unchanging. Things have radically changed for the better over the last 30 years. In the 1950s and 60s women were still forced out of communities for having a child outside marriage. Many women today expect to have a number of partners and fulfilling relationships over the course of their life rather than stick with one husband till they die.

Many more young women study at university than 30 years ago and aspire to have a range of jobs, not just bringing up children and looking after a home. These changes did not happen spontaneously or overnight. They were fought for through the women’s rights movement, and through united struggles with working class men over issues from pay and rights at work to abortion rights. Women today often have opportunities and experiences that are a million miles away from those of their grandmothers.

But despite this, sexism has not disappeared. All the sexist images in society reflect and reinforce the fact that women are not viewed as equal to men and are reduced to sex objects. This seems to be the “common sense”, so that even some women end up thinking they have to accept being treated as a sex object. But sexist attitudes and images are degrading to women, and to the men who go along with them.

It means men and women accept that their sexuality and relationships are like a commodity to be bought and sold, not an equal partnership. Socialists argue that sexism has to be recognised as a problem, and fought against by both women and men. Many men reject sexist ideas and will join with women in challenging those ideas.

Many women are unhappy at the way they are treated in society and want an alternative view of liberation to the sham on offer now. United struggles that take on sexism, whether it’s a protest at the nude calendar in the staff canteen or fighting for better maternity rights and childcare, are important.

But socialists also argue that a society based on profit and competition is not one that can deliver real liberation for women or men. We fight for a vision of a different world where men and women are equal, and where Miss World is a piece of history that our kids laugh about. 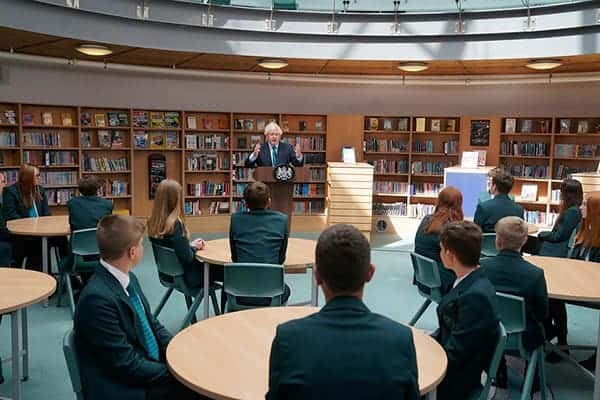