This article is over 14 years, 6 months old
More action will be needed – and it would be best if it were coordinated with other unions.
Downloading PDF. Please wait...
Tuesday 03 July 2007

More action will be needed – and it would be best if it were coordinated with other unions.

That requires a conscious effort by CWU leaders to meet with, cooperate with and plan with others.

And activists in other unions should be pressing their leaders to support the postal workers in every way and to call their own strikes at the same time as the CWU and the PCS.

The executive of the postal workers’ union was meeting this week to consider fresh strikes.

It will need to keep the momentum going by calling for more strikes.

Many activists want those to be on a Friday and a Monday to extend the pain for big business and the ten firms that collectively account for 20 percent of mail traffic.

The issues involved in the strike are very important: 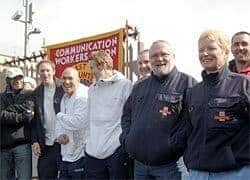 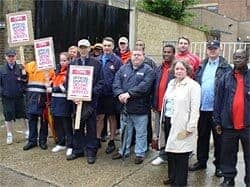 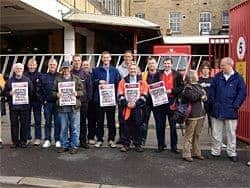